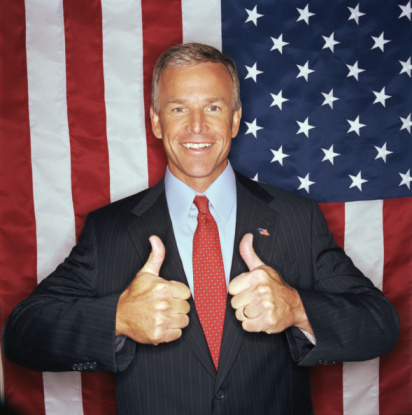 Would You Vote for Someone Just Because They’re Mormon?

Buzz about the 2012 presidential election is already in full swing. But with no real Republican front-runner, really, anyone is game. We’ve been hearing Mitt Romney’s name tossed around as a potential for a while now, but two weeks ago we started hearing another familiar name: Jon Huntsman.

While Huntsman doesn’t have the same national profile as Romney, he has gained status as the ambassador to China and might become more of a threat in the upcoming year. Can you imagine—TWO Mormons (gasp) both running for president?

Now, I understand my next thought doesn’t apply to every Mormon, BUT, I know of a lot of members who vote for politicians based on the fact that they, too, are LDS. And honestly, I know that I’ve been unjustifiably biased toward LDS politicians for the sole reason that we share a religion.

But what if Romney and Huntsman go head to head in 2012? Who will the Mormons vote for?! If their only choice was Romney, I bet a fair number of Mormons wouldn’t really give the other candidates a second thought. But throw Huntsman into the picture and we might actually have to do more research on each candidate’s stances. If they both end up running, it will be interesting to see how members react to the situation over the next two years. Do I sense a hint of BYU vs. Utah-style rivalry in the air?

So what do you think? Does religion play a role in the way you vote? Take our poll or leave a comment below.