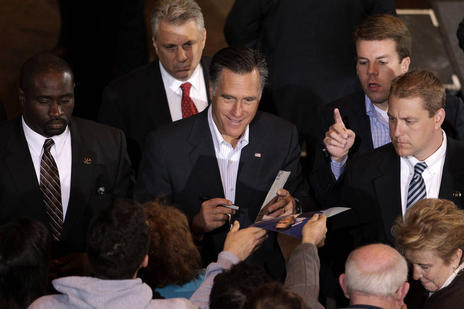 Writer suggests Democrats — not Mitt Romney — have a Mormon problem

Do Democrats have a Mormon problem?

Peter Beinart, writing at The Daily Beast, argues that the 2012 campaign pairing — Mitt Romney against President Barack Obama — may tempt some Democrats to play on anti-Mormon bigotry. However he said, Democrats must avoid the temptation.

"The temptation comes in various forms," Beinart wrote. "The first is to mock Mormonism for its allegedly weird theology. I recently heard a political commentator mock Mormons for the underpants some wear under their clothing. But undergarments designed to remind a person of his religious obligations are hardly unique to Mormonism. In truth, every religion's practices and beliefs — if taken out of context — can seem nutty."