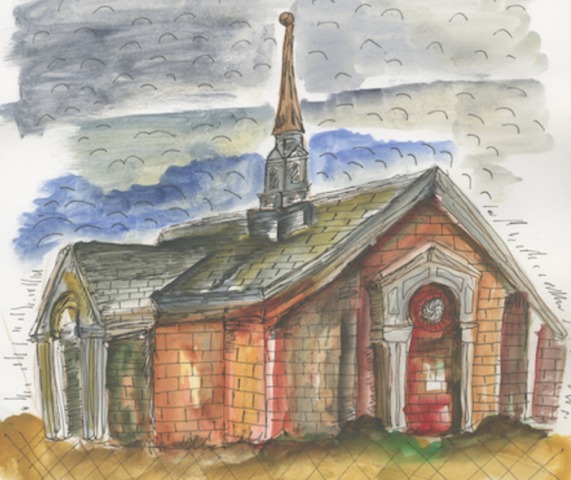 Recently, Yale News focused on Mormons attending Yale and how they live and share their faith.

Last Sunday night at 5 p.m., I found myself in a place I never expected to be. Not unlike my usual routine, I was at a dining hall table surrounded by my fellow Yalies. It was, nonetheless, a night full of personal firsts. It was my first time in the Timothy Dwight College dining hall, my first time meeting each of the other students who sat around my table, my first time learning about a religion about which I was utterly uneducated. In the private, reserved room upstairs of the Timothy Dwight dining hall, my stark otherness — namely, that I was fundamentally not a part of this group, this family, to which they all belonged — was washed away by smiles and openness, questions and answers.

I sat among a fellow first year, three upperclassmen, two graduate student roommates and a South African student from Quinnipiac University. I felt like a child at the adults’ table, gleaning every bit of tradition and uniqueness I could from the conversation. I knew the routine of their Sunday family dinner was disrupted by my intrusion, but their hospitality was more than abundant. My expectation that they would elaborate on uniquely difficult college experience, as well as my anxiety at being out of place, was quickly dispelled when they began to speak, openly and honestly, about what it means to be Mormon at Yale. . . .

A plethora of misconceptions often tends to make the American public uncomfortable with the intricacies of Mormonism. This discomfort manifests at Yale as a lack of interest and a nervousness to ask. Likely due to the never-ending fear of offending a classmate, Yale students tend toward small talk instead of delving into deeply personal subjects. If only they would ask, they would hear the stories their Mormon peers so want to divulge.

Rather than feeling confined and self-conscious about an identity that could prove out-of-sync with their peers and roommates, many Mormons at Yale feel excited about sharing this little-known distinctiveness.

Read the rest of this story at yaledailynews.com