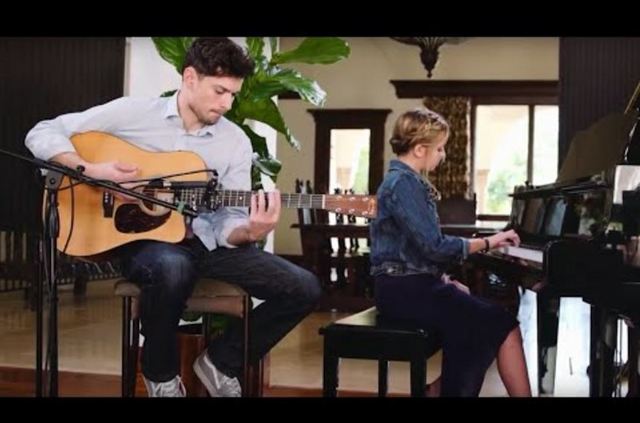 Musicians Evie Clair and Spencer Jones recently collaborated with YouTube celebrities to create a benefit video for an LDS bishop with cancer.

Three months ago, Evie's dad, Amos, found out that he had stage 4 colon cancer and only a 5% chance to live. "We know that he's going to be ok," Evie tearfully says at the beginning of the video. "He's going to win this fight."

Evie and Spencer sang an incredible rendition of the classic pump-up jam "Eye of the Tiger" (originally known as the theme song of Rocky) before several YouTubers who know the family to support "Team Amos." The Piano Gal, The Wilky Ways, and Richard Sharrah of Bored Shorts TV were among those who expressed their gratitude to the family.

Despite his illness, Amos has continued to serve as a bishop of a ward in Arizona and as a professional psychological counselor at a prison. He's currently gearing up for another surgery, and according to the description in Evie's YouTube video, "the cost of medical care and missed work and travel out of town for chemo is becoming more than their family can bear."

If you'd like to donate or keep up with Team Amos, you can do so on his wife's blog.