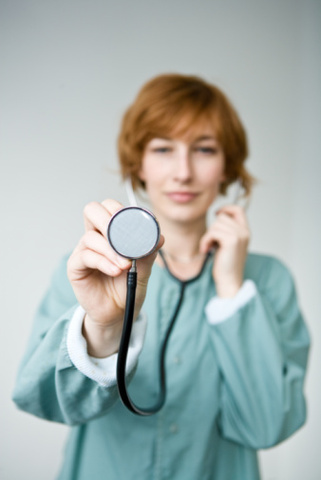 This lesson may be used as the basis of a Mutual activity.

Consider inviting a physician or nurse to visit with the young women about current health issues and practical helps to maintain a healthy lifestyle and prevent disease.

Or consider inviting a physical and mental health care professional to discuss eating disorders, addictions, and other issues facing your young women.

Q. I have read of studies that show Latter-day Saints to be healthier than other groups. Can you briefly summarize these findings?

A. For many years vital statistics of the United States have shown people from Utah to have the lowest overall mortality rates. And of the three most common causes of death in the United States (heart attacks, cancer, and stroke), Utah has been the lowest or second lowest in the United States for heart attacks and cancer since 1950. Using the excellent record system of the Church and linking Church records with death certificates for the State of Utah, we have been able to demonstrate that the very low rates of heart disease and cancer enjoyed by people from Utah are almost exclusively contributed by the LDS citizens of the state. This health benefit is also more likely to be found among the active than among the inactive members. A similar study in Hawaii has also demonstrated decreased cancer and heart disease deaths in Hawaiian Latter-day Saints.

The practical effect of this lessening of death rates from cancer and heart disease has been to give the Latter-day Saints in Utah a longer life expectancy. A Latter-day Saint man in Utah on the average lives seven years longer, and an LDS woman three years longer, compared to the white United States population. This increased life expectancy can be attributed in part to the abstinence from tobacco and alcohol; but lower cancer rates are also found in a number of body sites that have no connection with the consumption of tobacco and alcohol—the stomach, colon, uterine cervix, and the female breast, for example. There appears to be unknown but important factors in the LDS lifestyle that tend to make Latter-day Saints live longer. A number of investigations are presently underway to determine what these factors are.

Q. What is adequate sleep? How can one adjust to irregular sleep schedules?

A. There is no question about the importance of adequate sleep. Sufficient sleep allows for complete repair and restoration of body cells; insufficent sleep results in less efficiency in work, increased irritability and nervousness, and increased accidents. Those who tire easily or participate in vigorous physical activity require more sleep than the average person. The question as to what is adequate for any individual has received a good deal of thought and study. The eighty-eighth section of the Doctrine and Covenants tells us that we should go to bed early so that we may arise feeling refreshed. It also cautions us not to sleep more than is needful (see D&C 88:124).

Apparently the time of day one sleeps is not important as long as it is consistent and adequate for one’s needs. Where possible, adherence to the “early to bed and early to rise” lifestyle suggested in the Doctrine and Covenants (D&C 88:124) would satisfy daily sleep needs.

A. In some parts of the world fortifying certain foods with missing important nutrients has significantly diminished the frequency of nutritional diseases. For example, the fortification of bread with iron, niacin, and thiamin has almost completely eliminated anemia, pellagra, and beriberi, which were common in the southern parts of the United States only a few decades ago. Since the human body requires some forty different nutrients, no single nutritional supplement will fortify an inadequate diet. Research has not been completed on many nutrients and so we do not know the specific amounts of all nutrients required for good health. For this reason, the best policy is to eat a balanced diet of nutritious foods (milk, meats, fruits, vegetables, breads, and cereals) rather than trying to reinforce a poor diet with vitamin and mineral supplements.

There have been many questions asked about other food additives such as preservatives, food coloring, artificial flavorings, and sweeteners. Such additives are highly controlled; extensive research is conducted to verify their safety before they’re cleared for use. Most additives of this type are made from chemicals not unfamiliar to the body already. Occasionally, combinations of chemical or specific additives have been shown to be detrimental and have promptly been disallowed. In many areas of the world where climate, sanitary conditions, and inadequate storage or refrigeration facilities permit easy spoilage, the use of some additives has been a great blessing. Even though consumption of natural, unaltered foods may be preferable, there is little evidence available to suggest that harm is being done or health being impaired through the use of additives.

Q. Can the effects of fasting be dangerous to health?

A. Practiced in moderation, fasting contributes to good health. It is only when a fast is extended considerably that it may become injurious to one’s health. Lack of essential nutrients, especially water, causes physical problems which, if the fast is extended long enough, will lead to serious illness and eventual death.

There are basically two kinds of fasting—fasting done for religious reasons and fasting done to improve one’s health. The first can usually be accomplished by abstaining from food and water for two consecutive meals. However, some people experience crises in their lives that cause them to turn to prolonged fasting and prayer as they plead with the Lord. Some physicians suggest that such a fast can be safe as long as the individual drinks water and breaks the fast after two or three days.

Fasts of more than a few days duration should be undertaken only under the direction of a competent physician. Little children, pregnant women, convalescents, and persons with chronic illness (such as diabetes) should not undertake long fasts and in some cases should not fast at all.

The Lord’s counsel that we use wisdom in all things applies here. Moderate use of fasting can do much to help members draw near to Him who hears and answers prayers.

Q. What are the health consequences of drinking caffeine drinks other than coffee? What is the position of the Church regarding their use?

A. The full answer to this question lies in the area of medical opinion and reliance on personal discernment. Cola beverages do contain caffeine and thus may be avoided in accordance with the spirit of the Word of Wisdom. The most current Church literature relating to the question is found in a Priesthood Bulletin statement dated February 1972: Volume 8, number 1, subheaded 6, paragraph 2:

“With reference to cola drinks, the Church has never officially taken a position on this matter, but the leaders of the Church have advised, and we do now specifically advise, against the use of any drink containing harmful habit-forming drugs under circumstances that would result in acquiring the habit. Any beverage that contains ingredients harmful to the body should be avoided.”

There is no current Church policy that would prevent a bishop from issuing a temple recommend to a person who consumes cola beverages. However, cola beverages contain caffeine in amounts that are approximately one-half to one-fourth the amount in a cup of coffee, depending upon the size of the bottle. Caffeine is a central nervous system stimulant that certainly tends to become addictive in its use, with the attendant side effects of nervous system stimulants. Frequent use of cola beverages can lead to an addictive pattern similar to that observed in coffee drinkers.

Q. I smoked for years before joining the Church. Is my health forever affected?

A. Many studies have been carried out on the beneficial effects to individuals who quit smoking. The most common problem from smoking is death from heart attack. Several studies indicate that when individuals stop smoking the risk of heart attack promptly returns to a level near that of non-smokers. This is even true for individuals who have smoked for many years.

For lung cancer the data are different. Unfortunately, once a person stops smoking, the risk of lung cancer diminishes only gradually. This is probably because the tendency toward lung cancer is likely increased by tars and other substances in tobacco smoke accumulated in the body over a long period of time. In this case, the length of time tobacco was used is an important predictor of cancer risk. However, there is a gradual decline, even in the risk of cancer, in direct proportion to the length of time since former smokers gave up the habit.

Q. What about sanitation and cleanliness?

There are exceptions to this rule, of course, and we must not conclude that frequent illness in a house necessarily is a consequence of an unclean house. Still, it is true that a great many kinds of illnesses, primarily communicable diseases, can be effectively controlled through cleanliness and sanitation.

Q. What immunizations should my family have?

A. Immunization programs have done much to reduce communicable diseases throughout the world. Poliomyelitis, for example, once a major killer and crippler in the United States, is largely prevented today because of regular, scheduled immunizations. Smallpox, a disease dreaded the world over for many centuries, has recently been officially eradicated because of universal immunization.

The Church has encouraged members to obtain immunization against diseases that can be prevented by vaccine inoculations. This not only protects individuals, but such cooperation helps safeguard the health of the entire community.

Diseases against which children should be routinely immunized include diphtheria, pertussis (whooping cough), tetanus, polio, measles, rubella (German measles), and mumps. Inoculating children according to the foregoing schedule will provide them with maximum protection against these diseases.

Other common diseases for which there are vaccines include typhoid, cholera, yellow fever, plague, influenza, viral hepatitis, pneumonia, and tuberculosis. If you live in or travel to areas where these diseases are common you should study carefully local recommendations and follow competent advice regarding immunizations for your family.