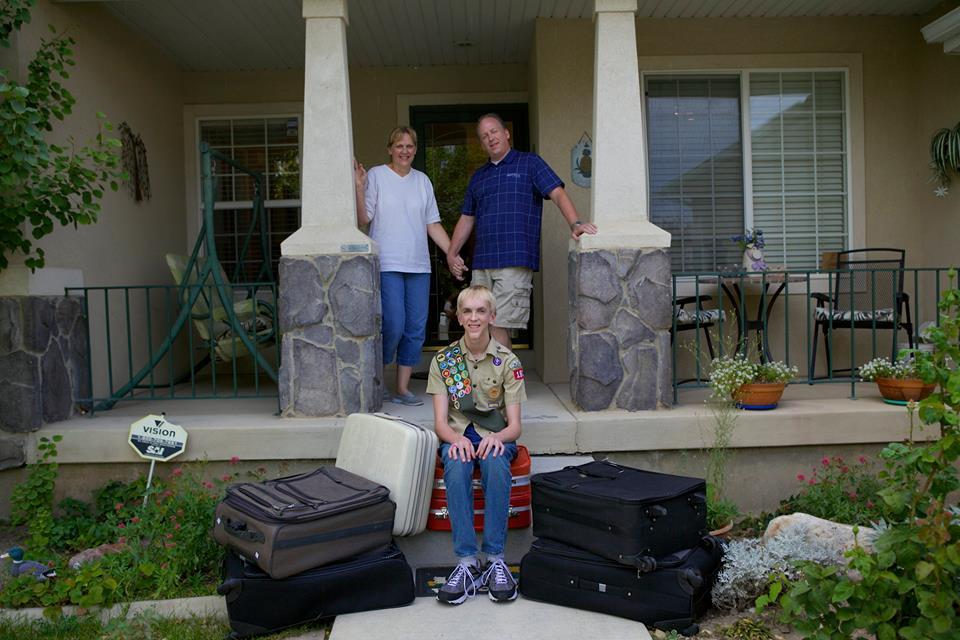 Last week Sister Shanea Fulks from West Jordan, Utah read an article about a few LDS Pro golfers who are helping send hundreds of Zimbabwean young adults on missions. In the article, there was an opportunity to contribute money or supplies to put suitcases together for these missionaries in need.

“I couldn’t stop thinking about it,” Fulks writes, “The thought woke me up at 6:30 in the morning that I needed to act.”

She originally wanted to make it a service project for her 11 children, but quickly felt that she could do a little more and called up the Young Women President in her ward.  And it didn’t stop there. By the day after she read the story, she had called up her Stake President with an idea to do a Zimbabwe Suitcase Challenge for the entire stake. When she told him her idea to have each ward pack one suitcase, the Stake President quickly responded “I see no reason why we couldn’t challenge the wards to pack 10 suitcases each!”

After getting final approval from the High Council Group, the project took off, and there are now seven wards in the Cobble Creek Stake who are committed to packing at least 10 suitcases each. “I know with all my heart that the suitcases sent from America will not only help these Saints while serving their missions, but long after. The impact of just one suitcase in the hands of just one saint is priceless!”

One scout using the suitcases as his Eagle Scout project