When the (Latter-day) Saints come marching in: Church service projects this summer included some whoppers

While some of us lounged in beach chairs and armchairs this summer, Latter-day Saints across the globe toiled to make a difference for those around them. Here are a few of the most poignant projects.

“Angels on the go”: Flooding in Western Europe

In July, torrential rain caused major flooding in western Europe, with Germany and Belgium seeing the worst devastation. Belgian Interior Minister Annelies Verlinden said the floods were “one of the greatest natural disasters our country has ever known.”

As the waters subsided, Latter-day Saint missionaries rushed in along with thousands of other volunteers, according to Church Newsroom. Many missionaries donned coveralls, galoshes, and bright yellow “Helping Hands” vests as they cleared mud and debris that had washed into residential and commercial areas.

Sister Maggie Mace described the situation in Bad Neuenahr-Ahrweiler, Germany: “Streets don't exist, homes are wrecked, and there are mountains of people's muddy possessions lining where a street once was.” 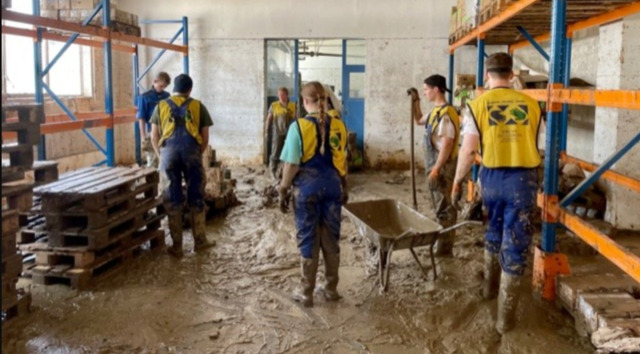 In Bad Neuenahr-Ahrweiler, missionaries were so critical in the cleanup effort that residents started calling them Engel unterwegs, meaning “angels on the go.” Elder Jeffrey Hilton, who is serving with his wife Karen, said, “What united the volunteers was the universal language of love and service. It didn’t matter where they were from or what dialect they spoke. We were all there for the same reason.”

It is estimated that missionaries and members donated 12,000 hours of service in Germany alone.

“God Is in the Midst of This Storm”: Hurricane Ida Pummels Louisiana

On August 29, Hurricane Ida swept into Louisiana with 150-mph winds, creating rubble of homes, trees, and power lines, according to Church Newsroom.

In the aftermath, Latter-day Saints came to the aid of members of the First United Methodist Church in Hammond, Louisiana. The Saints wore bright yellow Helping Hands shirts as they helped the Methodists clear debris from the grounds of their church building.

Rev. Drew Sutton, leader of the Methodist congregation, said, “The way people are showing up and responding, knowing the need is great, it’s been phenomenal . . . seeing that level of commitment just reflects the life of the church and the belief that God is in the midst of this storm, no matter how bad it has gotten and how bad it looks.”

Ida’s widespread devastation brought Church members from all over the region to Louisiana to help. One volunteer, Quinn Millington, brought in heavy equipment from his home in Alabama. He described how overwhelmed many residents felt, and concluded, “It’s nice that we can walk in and eliminate at least one or two of their concerns and offer some love acting like the Savior.” 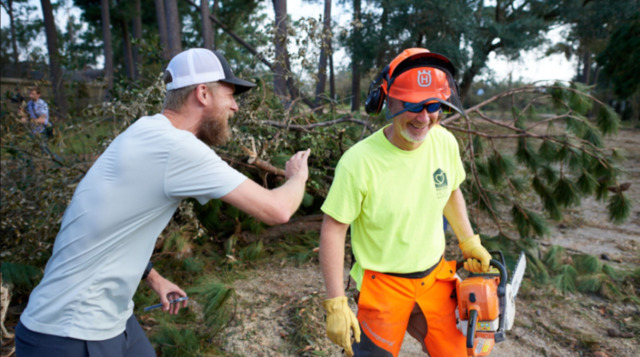 “These are our sisters and brothers”: Canadian Saints work to welcome refugees

In August, the Lethbridge Alberta East Stake joined with new immigrants from Pakistan, Somalia, Syria, Tanzania, and other countries to assemble 1,100 hygiene kits for immigrants entering Canada, according to Church Newsroom.

Stake volunteers later collected food such as flour, sugar, oil, rice, canned beans, lentils, and pasta, which they bagged and labeled. Then they made welcome cards and assembled everything in boxes to give to newly arriving refugee families. 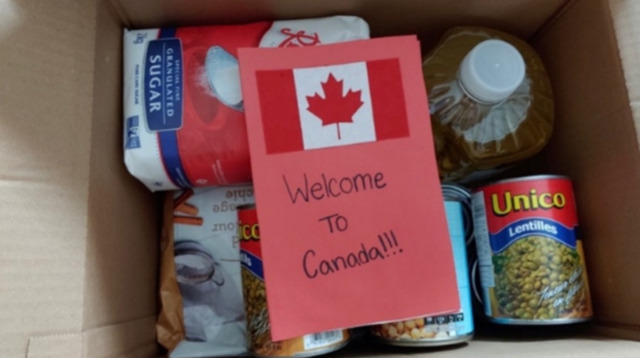 The projects were completed in partnership with Lethbridge Family Services (LFS). Najib Mangal, manager of community connection and employment services at LFS, told Church Newsroom, “These are our sisters and brothers coming from many parts of the world to start a new life far from their homelands and all that is familiar to them.”

Mangal continued: “When government-assisted refugees first arrive to Canada, they are often hungry and exhausted. Having access to culturally appropriate food helps the families feel welcomed and at ease. We at LFS, as well as our refugee clients, are extremely grateful for the kindness of The Church of Jesus Christ of Latter-day Saints, who provide us with food and hygiene kits for our new arrivals. We look forward to continuing to work together as we welcome our new Canadian neighbors.”

Members in the Paea Stake in Tahiti didn’t participate in just one service project this year—instead, they undertook a series of projects aimed at improving their lovely island environment. Adults and youth leapt into their city’s Faatura Te natura (“respect for nature”) project, Church Newsroom reports. Their plan included one project each month from June to October, focusing on tidying up lagoons, coastlines, rivers, valleys, and neighborhoods.

Following the cleanup in June, Deputy Mayor Tavana Ariipeu Emile thanked all Church members and other participants, reminding them that “Keeping our city clean is everyone's business!” Church leader Marc Taputuarai of the Papehue Ward also thanked the members of his congregation and concluded, “When you are in the service of your fellow men, you are simply in the service of your God.” 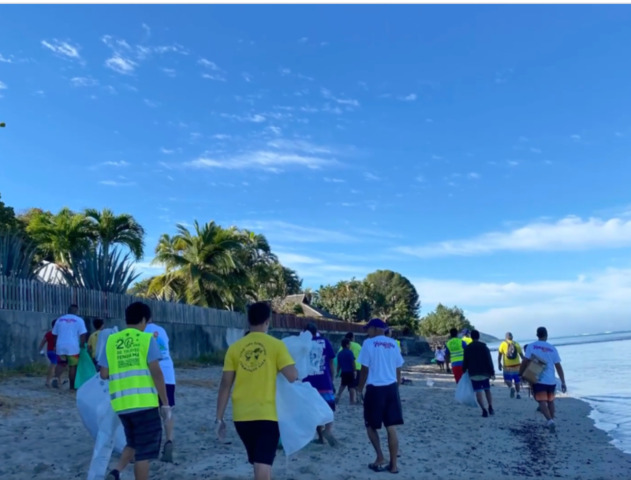 Meanwhile, in French Polynesia, members of the Erima Ward also participated in a series of projects. First, Bishop Manea Tuahu of the Church’s Self Reliance and Welfare department collaborated with the city of Arue to train members of the community on growing and cooking food, according to Church Newsroom.

The women of the Erima Ward Relief Society were inspired to continue similar training, so they collaborated with the city to start a sewing course. “At the beginning, we learned to make blankets, and as we progressed, we wanted to help the community by simply emphasizing the application of Christian values,” said Sister Vahinui Tuahu. To offer this help the community, they made bigger plans for the sewing projects.

The women produced blanket after blanket, which they packed in traditional Polynesian braided baskets, along with face masks and special baby notebooks. These baskets were donated to a local community center to help new mothers. Ms. Teura Iriti, mayor of Arue, helped the women distribute the baskets. She said, “In this kind of partnership, The Church of Jesus Christ of Latter-day Saints brings that spirit of sharing and brotherly love that we all need.” 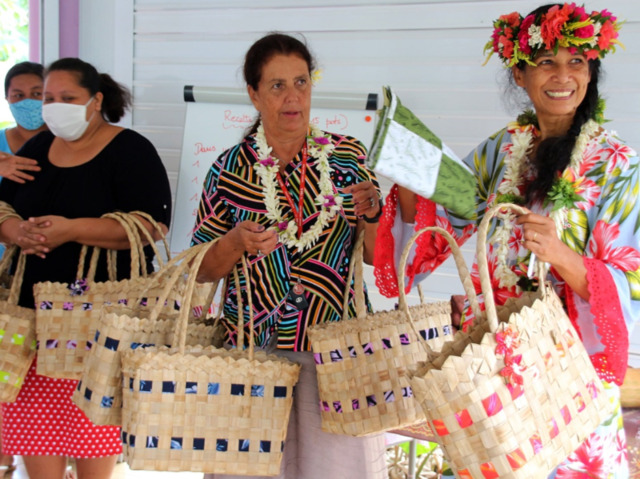 Other Projects: Philippines and Hong Kong

In Hong Kong, the Church partnered in July with local charity Foodlink to collect nearly one ton of food for hungry people in the city. Foodlink reported that despite challenges related to COVID-19, the Church-sponsored food drive was one of the most successful the charity has ever seen. 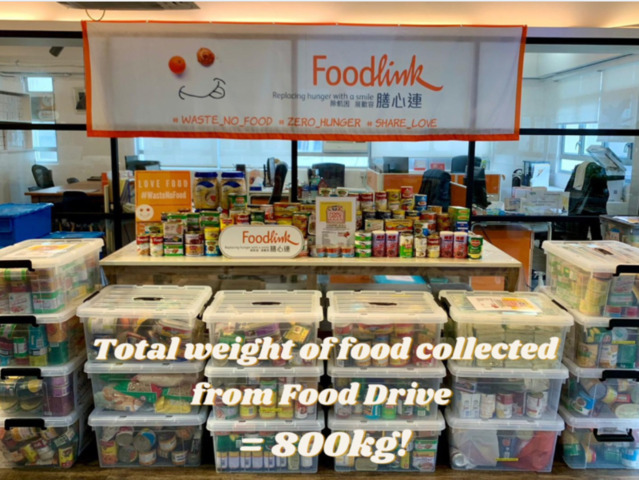 In Davao City, Philippines, members distributed 400 hygiene kits to people who had lost their homes in a devastating fire in July. Many victims also lost all of their possessions to the flames. Latter-day Saint Charities has partnered with RGMA-Super Radyo to complete several projects for disaster victims in Davao City since 2016. 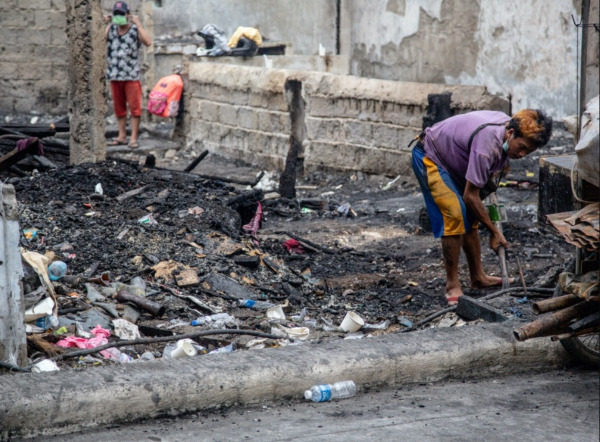 Tags
Latter-day Saint Charities
Share
About the Author
Jake Frandsen
Feature Stories
Prepare for general conference with your favorite authors and artists all week long
Join your favorite authors and artists to prepare your family and receive guidance and inspiration during general conference plus get special new discounts at Deseret Book every day!
1 Min Read
More
From the Church
In India and Brazil, multimillion dollar Church donations aid COVID-19 relief
By  Lindsey Williams
Throughout the COVID-19 pandemic, the Church has aided more than 1,000 relief projects in over 150 countries and territories.
1 Min Read
More
Feature Stories
From sleeping on the Oakland temple grounds to earning a PhD—1 woman’s testimony that ‘winter never lasts forever’
By  Danielle Christensen
Of all the places 12-year-old Karin slept when the sun slipped beneath the horizon at night, the Oakland California Temple grounds were her favorite.
28 Min Read
More