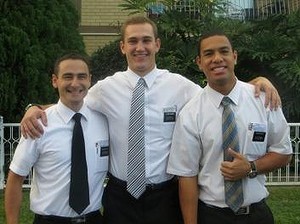 "He marched to a faster pace and to a more holy drum – he knew why he was here and his focus and dedication was the apex of all his attributes.''

Those are the words President Henderson of the Australia Brisbane Mission used to sum up Will Hopoate.

A man who during his two years away from rugby league touched the lives of those around him, developing into a leader among his peers.

He finished his time during his Mormon mission as the assistant to the president, a responsibility handed to those who have shown exceptional leadership qualities.

"It's a leadership opportunity that are extended to elders that are exceptional in many areas," Henderson said.

Read the rest of this story at www.smh.com.au