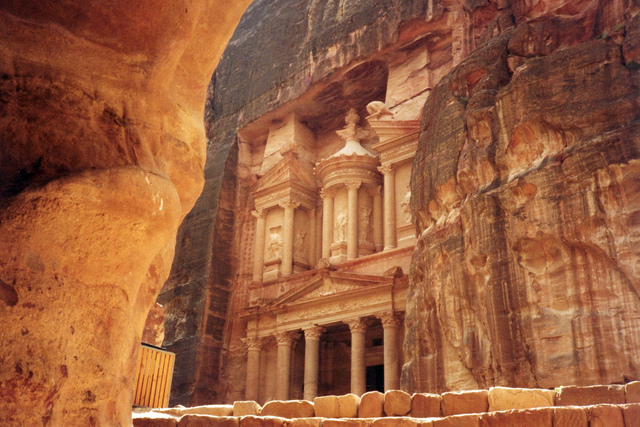 What Do We Know About the Wise Men?

When you go to Israel, also plan a stop at Petra, Jordan.  It may be the home of two of the "wise men".

No one knows for sure how many wise men went to Bethlehem to honor Jesus as the newborn king of the Jews. Tradition says there were three wise men and there may have been. We do know that the wise men came from the east of Bethlehem "following yonder star." However they did not arrive on the night that Jesus was born. The New Testament was originally written in Greek. Understanding which English words the King James translators chose to use to reflect the meaning in Greek is important. Eight times in Matthew 2:8-21 the words "young child" are used when talking about the wise men looking for Jesus. The Greek word used is "pad ion" and young child is the best translation. If the wise men had come on the night that Jesus was born the Greek word would have been "Brephos," which means "infant" or "baby." Also when the wise men "were come into the house (oikia)", they saw the young child (Padion) with Mary his mother. The word "house" in Matt. 2:11 is 'Oikia" in Greek and it can only be translated as "family residence or house." Three times Luke insist that Jesus was laid in a "Phatne." A phatne is a Greek word that can only be translated as "a fodder a crib, a manger, or a stall." "Wise" as found in Matt. 2:1 referring to the wise men is the Greek word "magos." Magos can be translated into "Magi, Sorcerer, or Wise Man." Most magi were also students of the stars and most ancient societies believed in heavenly signs. The shepherds did come the night that Jesus was born but not the wise men nor the star.