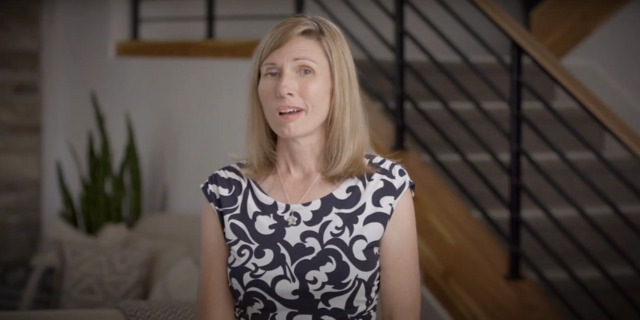 'He saw me as a whole person’: How one nursing assistant’s Christlike care changed a life

Growing up, Jodi Orgill Brown felt unstoppable and ready to conquer the world. She completed a four-year degree in three years and built a life she loved with her family. But when Brown began having dizzy spells, frequent headaches, and immobilizing nausea, the life she knew came to a screeching halt.

She shares about the painful diagnosis of a brain tumor in a new video published by The Church of Jesus Christ of Latter-day Saints, as well as her other subsequent and impactful experiences.

Following brain surgery, Brown began navigating a life with a paralyzed face, a head covered in scars and staples, and an exhausted body in need of regular help from healthcare workers. She quickly realized these caregivers greatly influenced how she felt each day. “Every interaction is an opportunity to change a life,” she states in the video.

For Brown, the difference was a kind man named Lucas who washed her hair. Though initially apprehensive, Brown decided to trust him even though she had a negative experience with a different certified nursing assistant nine days earlier.

In the video, she describes each thoughtful action Lucas took on her behalf and why these actions mattered to her. “The process that could have taken five minutes, Lucas spent 30 minutes kindly, tenderly, gently massaging strength and humanity back into me. His every action told me he did not see me as maimed, or as cast out, or as sick. He saw me as a whole person, but one who was hurting,” she says.

Watch her full story here or in the video below.