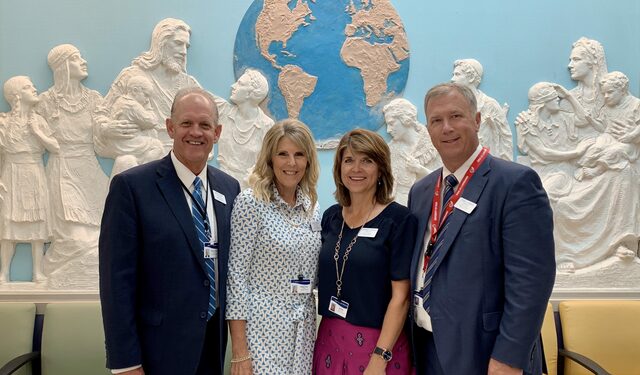 "I Was Able to Witness God’s Love": How a Children’s Hospital Sacrament Service Spiritually Heals Patients, Families, and Staff

Walk into a small auditorium on a Sunday morning at Intermountain Primary Children’s Hospital and many things will likely feel familiar to you as a Latter-day Saint. Worship services begin with a hymn, a Church member opens the meeting with a prayer, and the congregation partakes of the sacrament. 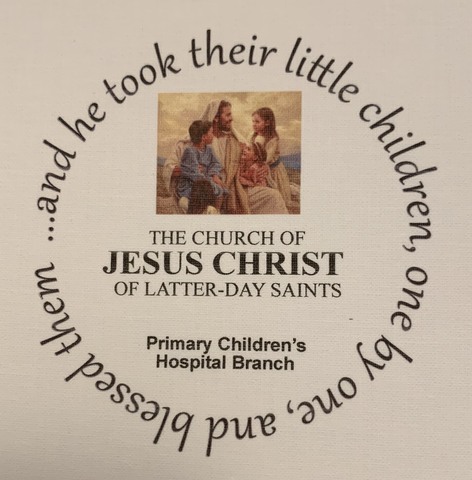 And yet, there are countless reminders that this is a special place—the standard hymnals are accompanied by a Primary Children’s Songbook, blankets and other Church-related materials line the entrance into the auditorium that is used as the chapel, and two young girls rolled their IV carts into the room to sit with their families. A member of the branch presidency stands and lets those in attendance know that the branch’s leadership is able and willing to bring the Sacrament to those who cannot leave their hospital rooms as well as offer priesthood blessings or gospel-centered lessons for all ages.

But the services are not just for the patients. Church leaders, employees, and parents have felt the Spirit in these walls, making this chapel and even the hospital itself a sanctuary for those within.

The Power of Prayer

Since the Primary Branch at Intermountain Primary Children’s Hospital was created on August 12, 2004, it has served the spiritual and physical needs of patients and their families. The hospital serves in many cases as a temporary home for children and families and is a place of prayer and miracles.

The branch consists of a branch presidency, Relief Society presidency, and Primary presidency, a Stake High Councilor, his wife, and 17 missionary couples. Currently, it serves as a dependent branch of the Salt Lake Married Student Stake and Church meetings are individually tailored to the patients and their needs. Sacrament meeting is held each week for 30 minutes and a brief Relief Society meeting is held weekly, providing mothers and other women an opportunity to gather, support each other and be spiritually nourished. 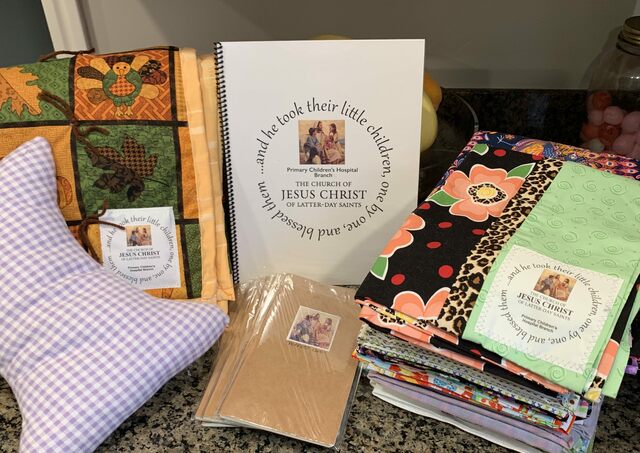 Since their calling in August to serve as branch president and Relief Society president for Intermountain Primary Children’s Hospital, Todd and Brenda Larsen have witnessed time and time again the power of prayer. Sister Larsen recalls an experience when she and her husband were invited into a hospital room where one little girl was frightened. The girl’s body shook as she fought for air under her respirator mask, in terminal condition, was given a priesthood blessing by President Larsen and a senior missionary.

“I was able to witness God’s love for her as the words from the priesthood blessing began to fill the room with the Spirit, giving her power to replace her fear with love,” Sister Larsen recalls. “The blessing quieted her heart, regulated her breathing, and calmed her. I was prompted to go closer to her bedside. I called her by name and said, ‘it’s okay, don’t be afraid. Please feel the love of your mom and dad and your Heavenly Father.’ I testify that God heals through the gift of His Spirit.”

►You May Also Like: President Nelson Makes Surprise Visit to Latter-day Saint Teen with Cancer

On May 17, 1990, President Gordon B. Hinckley dedicated the Primary Children’s Medical Center. In his prayer, he asked God to bless the center, that it would be a place where the Spirit would be felt by those within.

The Larsens have observed that blessing become a reality. Whether it’s a family prayer or a priesthood blessing, they stated that prayer changes the Spirit of the room from night to day.

“Prayer quiets and fills faithful hearts with fresh hope and strength and the power to keep working on their recovery as Heavenly Father's will and the parent/patients will align,” they said. “The Savior beautifully orchestrates His work in Intermountain Primary Children's Hospital one by one as the spirit guides. President Hinckley’s words ring true in the dedicatory prayer that the Spirit will hover with the spirit of knowledge and the spirit of healing."

Comforted by the Spirit

The hospital’s staff often need the comfort of the Spirit with many difficult situations that occur at the hospital on a daily basis. It is for this reason that every Sunday, after the branch’s sacrament meeting, the ordinance is administered to those on the hospital staff who would like to partake of it.

President Larsen recalls one employee’s first Sunday on the job. In a 24-hour period, this employee had helped in a trauma case in which a child died. He also assisted in a cardiac emergency. Feeling overwhelmed and distressed, he had been unaware that the sacrament was available to staff members and expressed his gratitude for the opportunity to partake of it.

“As we began the prayer on the bread another code blue was announced, he and others left immediately,” President Larsen recalls. “We came back to the area 30 minutes later and were able to bless the bread and water for him. As the prayers were said, the tears rolled down his cheeks. He said he has never needed the sacrament more than he did this day. You could see the stress leave as the Spirit comforted him. After a big long hug, we sent him on his way.”

A Place of Miracles

Kevin and Cindy Peay, who served as the former Branch President and Relief Society President, say that they have felt “abundantly close to heaven,” and have witnessed many miracles at the hospital.

The greatest miracle, they say, is to watch those who are seeking continued improvement approach the Savior and receive His healing Atonement.

The Peays shared an experience where they saw this principle in action.

One family shared with me what they called their "Blanket Prayers, The Peays explained. Their child had been hospitalized at birth for several weeks because of health issues. The family felt that this trial was not for their son, but for them, and felt compelled to reach out to others through the blankets that were on a table outside of sacrament meeting each Sunday. During the week the family would pray for inspiration on who should receive a blanket. On one occasion the blanket was given to a mother from Sudan. As the gift was given the mother (who received the blanket) said "It's another day for challenges" and the family's reply was "No . . . it's a day for miracles."

Sometimes the miracle is the pure faith of the children in the hospital.

The Peays recall one 11-year-old boy whose smile could light up any room. The boy knew his time on earth was short and decided to courageously accept his mission and move on. But before he left his mortal existence, he had one last thing he wanted to share. He gathered a few copies of the Book of Mormon, wrote his testimony in them and then gave the books to the nurses and other patients in the hospitals. He expressed to them his love for the Savior and missionary work and wrote down a list of individuals he would share the gospel with when he got to the other side.

Those who serve in the branch at the hospital have witnessed both the faith to be healed and, as Elder Bednar said in a 2013 CES devotional, “the faith to not be healed.”

“Many of the lessons we are to learn in mortality can be received only through the things we experience and sometimes suffer. And God expects and trusts us to face temporary mortal adversity with His help so we can learn what we need to learn and ultimately become what we are to become in eternity.”

Note: The Primary Branch services are limited to those who have been designated to serve there. For other service opportunities or inquiries, call Intermountain Primary Children’s Hospital to be directed to the Volunteer Services.

Lead image: The Larsens and the Peays are photographed at Intermountain Primary Children's Hospital.