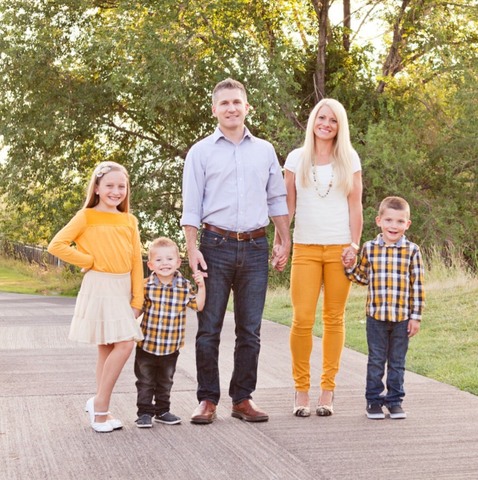 Her throat was swollen from the strep infection that hit her out of nowhere two days ago, making the 1.2-mile swim, the 56-mile bike ride, and the 13.1-mile run of her first 70.3-mile Ironman race even harder.

It was also 90 degrees. The cool from the morning swim had long worn off, replaced by the oppressive heat that bogged down every step.

With tears and sweat running down her face, Jenson contemplated her two options: fight through this agony to finish her first Half Ironman or give into sweet relief and finish here.

Right when she was about to choose the latter, she saw them. She saw her family cheering her on.

Through the pain and frustration, she smiled. 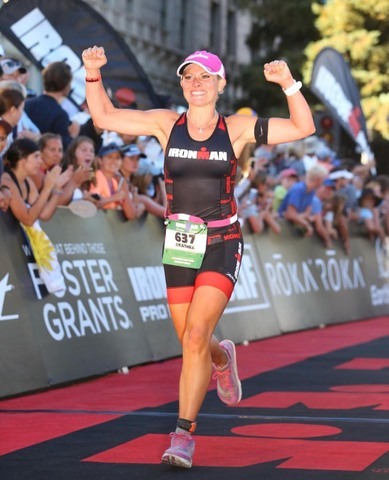 Jenson at the Santa Rosa Ironman

When Jenson was young, her parents were faced with a decision that would shape their daughter's future: what was the best way to let their active girl run off some energy?

The answer, at the time at least, was not running. Jenson, now a marathon veteran, admits that she hated running even a mile as a youth. No, the answer wasn't running; it was swimming.

After spending 10 years all the way up to her senior year in high school competing in the water, Jenson gained a love of physical activity and fitness through swimming. But her aversion to running would soon change.

While attending college, Jenson decided swimming at the college level was not for her. But she still wanted to remain active and avoid the dreaded "freshman 15."

That's when she discovered a passion for fitness classes and became certified to teach group fitness soon after completing her first class.

Branching out to other, more convenient forms of fitness besides swimming, Jenson began trying 5K and later 10K races after she was married.

"I'm not a very naturally talented runner. It just doesn't take to my body like other people's, probably," Jenson notes. "But I enjoyed the feeling when I was done. I would kind of get that 'runner's high.'"

That "runner's high," that natural reward of endorphins for the effort of doing something she hated as a child was what drew Jenson to sign up for a half marathon as a new mother jogging around the neighborhood with stroller and baby in tow.

"That's where my love of running really, really started," Jenson shares, remembering those days running in the sunshine.

A few years later and Jenson, now a marathon runner and fitness instructor veteran, welcomed home a son as the third addition to her family.

However, something was different this time. Something Jenson had not anticipated.

During this time, Jenson was looking for something big, something outside herself to help her heal as she sought treatment for her depression. She turned to fitness like never before and signed up for a whole new level of athleticism, the Ironman 70.3 St. George race.

It was "a piece of my puzzle," Jenson says. The intense training gave her clarity again. She could still be a mom, she could still do all the things she wanted to do, and now she had a new drive to finish a big goal.

And then, about three days before the race that had given her so much, she woke up and knew she had to see a doctor.

Strep throat and a sinus infection—that was the diagnosis. While the doctors gave her medication to help with the double hit of infection, the choice to compete was still Jenson's.

Three days later, Jenson was six miles from the finish line of her first Ironman, contemplating giving up when she saw her family cheering her on.

Seeing her children and her husband on the sidelines was all she needed.

"I thought, 'I'm not going to throw this out. I'm going to finish this,'" Jenson shares.

Crossing that finish line after 70.3 miles of agony was the beginning of the next phase of Jenson's fitness career—Ironmans.

About three years after her first Ironman, and despite raising three children, teaching music classes, and working as a fitness instructor, Jenson also finds time to squeeze in 20–30 hours of workouts a week during the toughest part of her training for Ironman races and marathons. 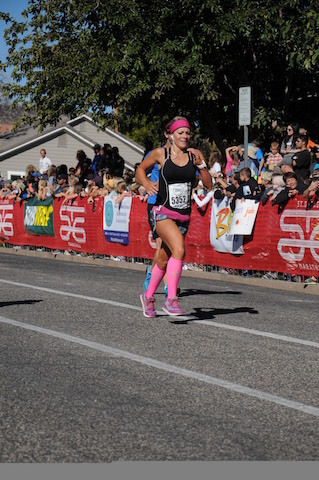 Jenson at the 2017 St. George Marathon

Being Featured on NBC

And her success and dedication as a mother and Ironman competitor caught the attention of NBC Sports Network.

On Wednesday at noon, a part of Jenson's Ironman journey will air on Quest for Kona, a documentary series of athletes training for the creme de la creme of Ironman races—the Ironman World Championship in Kailua-Kona, Hawaii.

The documentary follows athletes who could qualify for the 140.6-mile race, following them as they compete in their qualifying races in hopes of snagging a spot at the starting line in Kailua-Kona.

And Jenson was one of the 10 athletes chosen for the documentary.

Choosing not to race and train on Sundays, and with her husband's new schedule as a newly called bishop, finding time to train was even more difficult than ever.

And, of course, the camera crew followed her as she competed in July at the world championship qualifying race in Santa Rosa, California, following her around on a motorcycle for the entire 112-mile bike ride and 26.2-mile marathon during the Ironman. 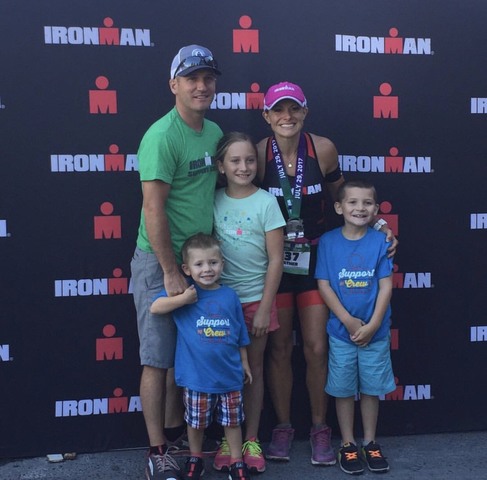 Jenson and her family at the Santa Rosa Ironman

"That was definitely an interesting experience," Jenson says. "It wasn't as scary as I thought it was going to be."

While the documentary was mostly about Jenson's qualifying race in Santa Rosa, she noticed that there were subtle ways her family showed their faith.

"I think my husband is wearing a BYU shirt in one of the parts of the show," Jenson chuckles, "So I think people who know will know."

Jenson says she can't give away much about the episode before it airs—especially if she qualified for the world championships.

But while making the world championships in Hawaii is a worthy goal, Jenson says she hopes there is more to take away from her Ironman journey than whether she makes it to the championships or not.

"It's just like life," she says about her Ironman journey. "We continue to try. We fall. I've had those sad races where I've fallen, not literally, but where I finished the race and it was kind of a fail in my mind. And I think we have those kinds of moments where we say, 'Okay, how am I going to react to this? How am I going get back up again? How am I going to work harder?'. . . Life lessons from physical fitness are huge and something that I hope to share with others."

Watch Jenson's episode on NBCSN on October 25 at 12 p.m. EST to find out the conclusion of her quest for Kona.