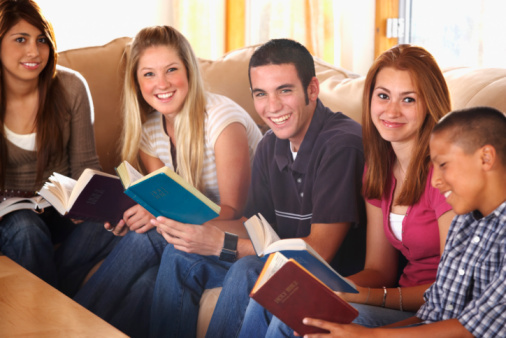 This year marks the 100th anniversary of the LDS Seminary program. With the new seminary school year beginning, we thought it would be fun to look at some seminary trivia:

The first seminary class was held in 1912 in a residence-like building across from Granite High in Salt Lake City, Utah; 70 students were enrolled. Granite High School closed in June 2009 after dwindling in student numbers, but students still attend seminary at the original site.

Early morning seminary didn't start until 1950, when California teenagers began meeting at LDS meetinghouses near high schools to receive their seminary instruction. "Home-study" seminaries for rural students would begin in 1967.

Seminary goes international: In 1962, in response to requests for seminary programs outside the U.S. and Canada, early morning seminary classes were formed in Finland and Germany, with a total of 34 students between them. Today seminary classes are available in 143 countries.

In 2004, ASL seminary became available to deaf students across the U.S. These classes are broadcast from – you guessed it – the Granite Seminary building.

What was your seminary experience like? Take a moment to reflect back on your experiences with this poll. Also, don't miss this video on the history of seminary.