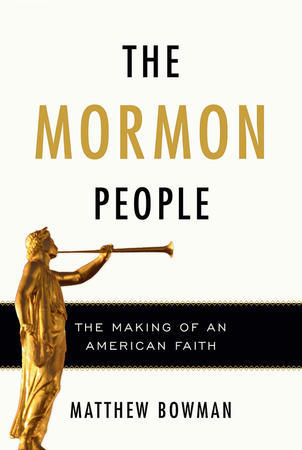 'The Mormon People: The Making of an American Faith'

Editor's note: The following is excerpted from Chapter 4 of the book "The Mormon People: The Making of an American Faith," by Matthew Bowman, published this week by Random House. Copyright © 2012 by Matthew Bowman. All rights reserved.

If the Mormons saw themselves as a new Israel, the trek west was inevitably their Exodus. For generations of Mormons, including the one that walked across the prairies, what mattered more than the destination was the act of the journey. It was a collective rite of passage that thousands of Mormons endured, as they had learned to endure all suffering: the death of their prophet, their flight from Ohio and Missouri, and their march across the plains all were taken as divinely sent education, clarifying and refining, testing the bonds that the temple ordinances had created, and they saw God's hand in every bush of berries. Many Mormons were rebaptized upon reaching Utah; they had traveled not only from the United States to the Utah territory but also from the secular realm to God's promised land, reborn into a sacred world. The banks and courts still close in Utah on July 24, the day Brigham Young crossed into the Salt Lake Valley, and the Mormons there celebrate it still, though the number of those who have ancestors who walked across the plains is a fading minority. They have become an archetype.