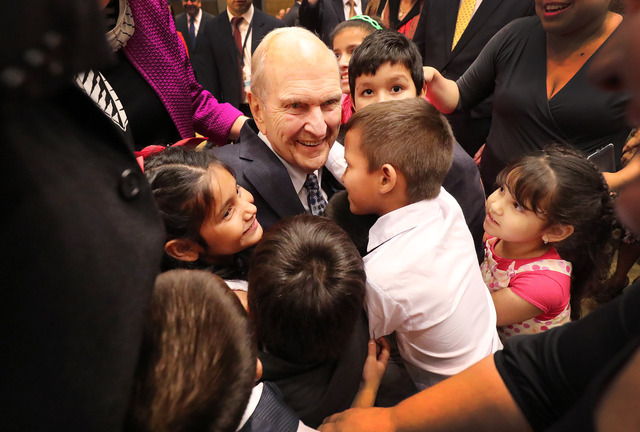 What Has Happened Since President Nelson Became Prophet 2 Years Ago? Here's a Look at Some of the Most Significant Changes

Two years ago today, President Russell M. Nelson was set apart as the 17th president of the Church. Since then, the prophet has been around the globe on ministry visits, dedicated temples, made policy changes, and more. Here’s a look at some of the significant events as reported by Church News that have happened since his call.

President Nelson has been to South America, the Pacific, Central and South America, and Southeast Asia on ministry visits—and that’s not to mention his ministry to eight additional stops in 2018. Over the last two years alone, the prophet has been to more than 32 countries and U.S. territories.

President Nelson has announced 35 temples since he was set apart. Additionally, eight temples were dedicated and 10 temples were rededicated over the past two years.

In October 2018, President Nelson dedicated the Concepcion Chile Temple. Less than five months later, he dedicated the Rome Italy Temple, a historic dedication as he was accompanied by each member of the Quorum of the Twelve Apostles.

Home and visiting teaching were retired in April 2018 and were replaced by ministering in order to help members focus more on the individual needs of those they serve.

During the following conference in October 2018, the Church transitioned to a “home-centered Church,” emphasizing gospel study in the home. The third hour of Latter-day Saint worship services at Church was eliminated as the Come, Follow Me curriculum was implemented the following year, beginning with the New Testament and a focus of coming unto Christ.

The First Presidency announced in the leadership session of April 2019 general conference that “children of parents who identify as lesbian gay, bisexual or transgander may be baptized” or blessed as infants without First Presidency approval, Church News reported. Additionally, it was announced that same-gender marriage by a member of the Church will no longer be characterized as apostasy.

“Things are going to move forward at an accelerated pace,” President Nelson said in March 2019. “The Church is going to have an unprecedented future, unparalleled. We’re just building up to what’s ahead now.”

READ THE FULL STORY AT thechurchnews.com.