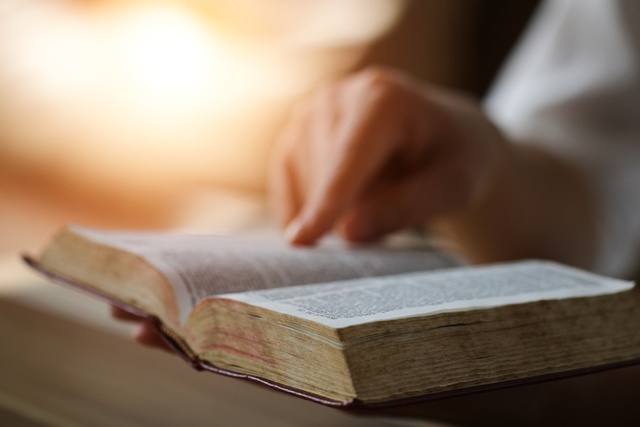 As a people, we have been extraordinarily good at keeping the very first commandment given by the Lord to the newly organized Church of Christ in April 1830: “Behold, there shall be a record kept among you” (D&C 21:1). Our initial impulse in recording our lives and remembering the past is to emphasize the good, even the heroic. This is a great virtue and act of charity toward ourselves and our forebears. We don’t pretend that we or our ancestors are perfect, but we do highlight what is noble and worthy of emulation. We hope our record will have inspirational value for someone down the road who might encounter it and need a bit of uplift. Naturally, there’s some aspect of vanity involved as well—we want others to see us at our best.

But there are always skeletons in the closet. One of the primary reasons why some members of the Church have become disenchanted, disappointed, or even angry in recent years is because they were never taught to expect skeletons in the closet of Church history and so are shocked when they find them. A person could conceivably attend a lifetime of three-hour Sunday blocks and never hear about the Mountain Meadows Massacre or discrepancies in Joseph Smith’s account of the First Vision.

Like any other institution that cares about its image, the Church has been selective in presenting its history in materials produced for public consumption. One notable example of this sanitizing came in the first volume of the Teachings of the Presidents of the Church series, which focused on Brigham Young. If there is one thing that everyone knows about Brigham Young, it’s that he was probably the most married man in 19th-century America. Yet Brother Brigham’s polygamy, which was not just a curious sociological fact but also central to his theology, received nary a word in the Church manual. Furthermore, the compilers of that text, no doubt acting with good and sincere intent, even changed some of President Young’s original references from “wives” to the singular “wife.” If a person didn’t know any better, one would think that Brigham Young was the world’s most committed monogamist.

If somewhat understandable, this editorial decision was problematic in many ways. It was bad history, it was misleading, and it treated some of the Church’s most intrepid pioneer women and their faithful sacrifices as if they never existed. I am sympathetic to the probable reasons why the book was prepared the way it was. Given that the general public still associates the Church with polygamy, the Church naturally wants to make clear that its members no longer practice plural marriage. Arguably, certain information, even if factually true, is simply not germane for lesson materials designed for a worldwide ministry to a membership made up mostly of converts.

These reasonable arguments notwithstanding, expunging formative elements of our past from our curricular materials is largely unnecessary. Fortunately we have already begun to improve on this score. Elder Steven E. Snow, a member of the First Quorum of the Seventy and Church historian and record, explained: “My view is that being open about our history solves a whole lot more problems than it creates. We might not have all the answers, but if we are open (and we now have pretty remarkable transparency), then I think in the long run that will serve us well. I think in the past there was a tendency to keep a lot of records closed or at least not give access to information. But the world has changed in the last generation—with the access to information on the Internet, we can’t continue that pattern; I think we need to continue to be more open.”

I offer here three broad principles for thinking about Church history, particularly its more nettlesome aspects. I have found these principles useful, not as ironclad rules but rather as potentially useful guides. They are most suitable to addressing challenges in Church history, but they also have application to approaching doctrinal problems or contemporary issues. Keep in mind that these are principles, not mathematical (let alone magical) formulas or precise blueprints. Insofar as they are true and correct principles, I hope they will be beneficial to you, either directly or in your friendship and ministry to those you love.

Some people have left the Church because they feel that they have been lied to. Betrayal and hurt become the primary feelings for many who discover that the narrative of Church history they were told growing up does not match what the actual record says on some matters. They are usually less bothered by the facts themselves than the feeling that they were deceived. Essentially, it’s a matter of trust.

We can never know as much as we would like to know, and some aspects of the past are simply lost in the mists of time. But what we do know we should be able to talk about. Bringing troublesome matters out into the open rather than letting them fester in secret is a positive thing, especially if it is done with forethought, sensitivity, and care. Doing so reveals a confidence that we have nothing to hide and that there is no problem or question so utterly dangerous that we cannot handle it. When certain things are off limits—implicitly or explicitly—then some people will naturally suppose that the Church cares more about public image than about truth and that truth will somehow destabilize the very foundation of the Church’s claims. That is simply not the case, as attested by the many scholars who are deeply familiar with the hard issues but remain faithful nevertheless.

► You'll also like: 3 Reasons You Should Talk to Your Children About Controversial Church Topics

In a previous ward my wife and I used to have Sunday dinners almost every week with some dear friends. One evening the translation of the Book of Mormon came up. I carefully explained what the historical documents say about the actual process of translation, with much of it accomplished by Joseph Smith gazing into a stone at the bottom of a hat while the gold plates laid covered under a sheet. My friends were surprised, but because we could talk about it openly and honestly and because they trusted me, they were not troubled. Fast forward a few months later, when I was at a Primary activity focusing on the Book of Mormon. The church was set up with different stations where the kids could have fun and educational activities. I had to smile when I visited the station on Book of Mormon translation, led by one of my friends from our dinners. The children listened raptly while he told them about the Prophet Joseph looking into a hat. None of the kids ran screaming from the room or even blinked an eye. In the future, when they read online about Joseph using a stone in a hat, they’re far less likely to leave the Church over it. Instead they’ll say, “I know that—I learned it in Primary.” They will be empowered by the truth we tell.