With a rap sheet that included apprehending the notorious gangster John Dillinger, FBI agent Sam Cowley was called on to apprehend another dangerous criminal—Baby Face Nelson.

Lester Joseph Gillis, aka Baby Face Nelson, lived a life peppered with crime even before he became a notorious bank robber and murderer—stealing tires, running stills, and bootlegging when he was just a teenager.

While driving the opposite direction on  Route 14 in Fox Grove, Illinois, Cowley and Hollis happened to pass Gillis in a car with his wife and fellow crime associate John Paul Chase. Recognizing Baby Face Nelson, Hollis and Cowley immediately whipped their car around to follow Gillis.

However, both Hollis and Cowley were fatally injured when Gillis and his associate Chase initiated a shootout with an automatic rifle and Thompson machine gun, but not before the FBI agents fired a shot that hit the radiator of Gillis's car, disabling it.

Hollis passed away at the scene while Cowley passed away the next morning from bullet wounds in his abdomen.

During the shootout, Hollis fired off 10 shots while Cowley fired 50, mortally injuring Baby Face Nelson. Though Gillis escaped along with Chase and his wife, Helen Gillis, he died at 8 p.m. the night of the shootout on November 27, 1934. 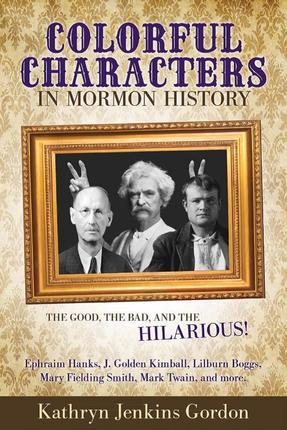 Most Mormons are mild-mannered, well-behaved, law-abiding citizens who tend to get along well with their neighbors. But every once in a while, there's a renegade. You know the one: a little bit wild-eyed, ready to rumble, out to go where no Mormon has gone before. Face it: we all know one.

Well, if you think you've seen a colorful character or two in your ward, you should check out the colorful characters in this book—some Mormons, some non-Mormons who impacted Church history. These people are a whole new breed of colorful.