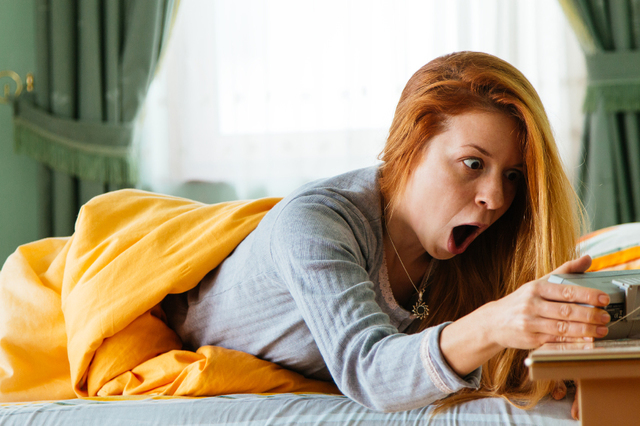 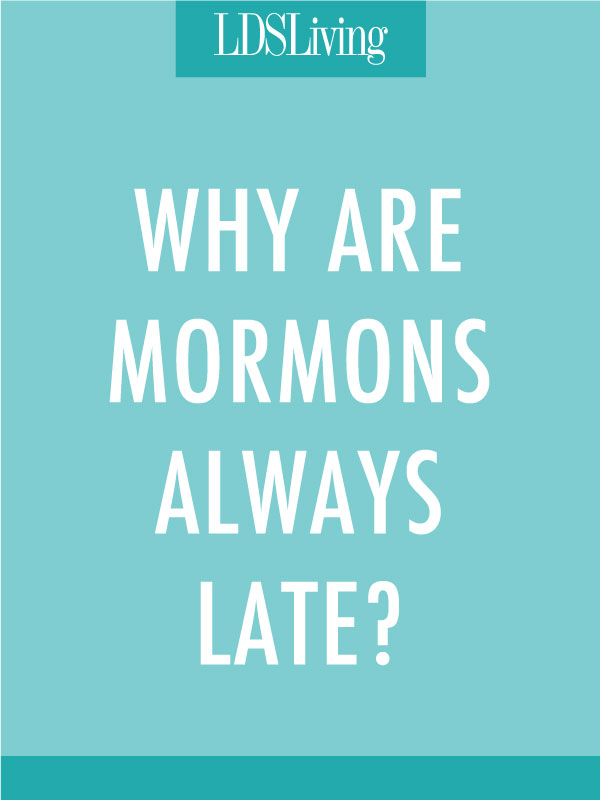 No matter where you live around the globe, as a Latter-day Saint, you probably know someone who runs on MST. No, I’m not talking “Mountain Standard Time” (which is actually the time zone of Church Headquarters in Salt Lake City, Utah). I’m talking “Mormon Standard Time,” the apparent tendency for some members to arrive late to almost any church function or family event, from sacrament meeting to mutual and more.

Having lived in seven different states and seen this phenomenon in every single one of them, I feel confident in saying this: those who make a habit of running on MST have a problem. And it’s not necessarily a time-management problem. Let me explain.

Timeliness is a valued trait in society. We need it to be able to hold down a job. Our kids will be penalized if they’re late to school. We even need to be timely when we're going out for a dinner reservation or trying to catch a movie. And yet, most of us can handily accomplish each of these activities on time (or close to it) on a regular basis.

So, why are church activities different? I don't think it has as much to do with time management skills as it at first seems. There are several issues involved in the idea of MST—here are just a few to thoughtfully consider when examining the problem "Mormon Standard Time" represents:

As far as meetings that start according to MST, I believe that part of the "Mormon Standard Time" problem can be partially attributed to leaders enabling the behavior. I’ve lived in wards where people don't show up until five after, for whatever reason. So the leaders begin planning to start late on purpose. Which makes people think they can come at 10 after, which makes meetings start after that. . . . It’s a vicious cycle.

Another interesting thought is that it might not be “Mormon” Standard Time so much as it’s “People Who Have Kids” Standard Time. Wrangling five youngsters into church dress for a 9 a.m. sacrament meeting simply isn’t going to happen every week. So in a church that emphasizes family, it’s easy to see how our having children can affect us as a group and make us late every now and again.

But even Church members who don't have children run into another common problem that can make us tardy for Church events. Let me explain by telling you about a Sunday morning that might sound familiar to many of you. You wake up hours before church begins to attend a ward council meeting and then meet together with your advisors to make sure all of you are prepared for the upcoming week and month. Then you run home to put the last finishing touches on your lesson when you run into a ward member you haven't seen in a while who you know has been struggling in their personal life, so you stop to talk with them and make them feel loved. Afterward, you dash home, scrambling to pull all the materials you need together, forgetting entirely about eating breakfast. But as you run out the door, you remember you forgot to grab the uplifting book you promised to bring to your visiting teacher or home teacher who has been having doubts and you run back inside. Before you know it, you are stumbling into the church parking lot at a few minutes after the hour even though you had budgeted your time and planned on arriving on time.

But I think there’s a fourth reason, and it's the one that hits most home for me: maybe we’ve just got the wrong priorities. When someone runs on or jokes about “Mormon Standard Time” like it's an acceptable thing, it implies, however tangentially, that being on time to a church event isn’t as important as being on time for work or even for just a movie—that church isn’t a priority in life. That it’s okay to show up to important church events like they’re some kind of party you can be “fashionably” late to.

Don't get me wrong; I'd rather show up late than not at all. And everybody has days where something prevents them from being perfectly on time. In addition, to paraphrase President Monson, I'd rather never let a meeting to be attended become more important than a person to be loved. But if my timeliness, especially my habits for timeliness to specific events, reflects my priorities, then I want to try my hardest never to be late to church events—or anything I truly care about—ever again.