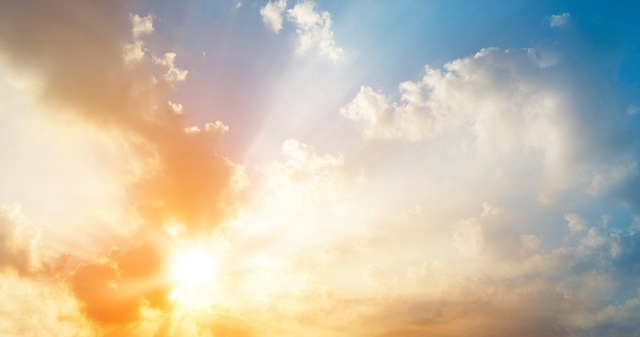 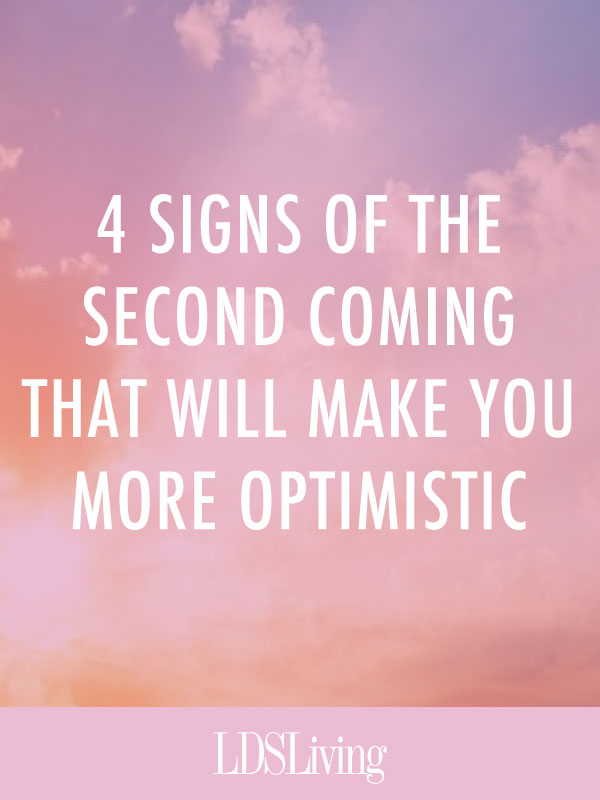 Most of us have heard the scripture referring to the Second Coming as the “great and dreadful day of the Lord” (Malachi 4:5), but why is it that most of us forget the “great” part and focus on the “dreadful” side of things?

It’s true that there are terrible things happening all over the world, and many of those events and issues are prophesied in scripture. In his October 2016 general conference talk, President Russell M. Nelson mentioned some of those signs.

“A host of prophets, including Isaiah, Paul, Nephi, and Mormon, foresaw that perilous times would come, that in our day the whole world would be in commotion, that men would ‘be lovers of their own selves, . . . without natural affection, . . . lovers of pleasures more than lovers of God,’ and that many would become servants of Satan who uphold the adversary’s work.”

1. The Gospel of Jesus Christ Will Be Preached to Every People and Nation

If you frequently watch or read the news, you know about the seemingly endless wars, diseases, and acts of inhumanity that cover the globe. What the local and national news channels don’t include in their nightly reports, however, is how missionary work brings the light of the gospel into countless homes, cities, and communities all over the world.

Doctrine and Covenants 133:37 tells us that “this gospel shall be preached unto every nation, and kindred, and tongue, and people.” Our missionary force—with the help and hastening of the Lord—is increasing its efforts to bring the gospel to all the world in the great gathering of Israel.

► You'll also like: 7 Things That Still Need to Happen Before the World Ends

2. Temples Will Dot the Earth

In the early days of the Church, members could barely stay in one place long enough to build a temple. If they saw our 153 operating temples today, they would most likely be astonished and amazed—and for good reason. Temples are one of the greatest blessings we have on the earth today—not only because they’re beautiful, but because families have the opportunity to be sealed in temples for eternity.

Doctrine and Covenants 65:2 reads, “The keys of the kingdom of God are committed unto man on the earth, and from thence shall the gospel roll forth unto the ends of the earth, as the stone which is cut out of the mountain without hands shall roll forth, until it has filled the whole earth.”

3. Family History Work Will Provide Saving Ordinances for the Dead

With an increased number of temples, more members around the world perform saving ordinances, including baptisms and family sealings, for their deceased ancestors. In Malachi 4:6, it prophesies, “And [Elijah] shall turn the heart of the fathers to the children, and the heart of the children to their fathers.”

While family history may not immediately increase your optimism, think of this great promise from President Russell M. Nelson: “When our hearts turn to our ancestors, something changes inside us. We feel part of something greater than ourselves. . . . While temple and family history work has the power to bless those beyond the veil, it has an equal power to bless the living. It has a refining influence on those who are engaged in it. They are literally helping to exalt their families.”

4. The Restoration Will Continue to Unfold with More Light and Truth

In 2014, President Dieter F. Uchtdorf said, “Sometimes we think of the Restoration of the gospel as something that is complete, already behind us—Joseph Smith translated the Book of Mormon, he received priesthood keys, the Church was organized. In reality, the Restoration is an ongoing process; we are living in it right now.”

While the world seems to be getting darker and worse, the world is also increasing in light and knowledge. What other generation could hear a prophet speak in a live broadcast around the world? Who else had tools like the internet and social media to share the gospel for free around the globe?

► You'll also like: 5 Things You Should Know About the Second Coming

In pointing out only the great signs of the Second Coming, I don’t attempt to diminish the many not-so-pleasant-sounding signs that also testify of Christ’s Second Coming. All signs, whether great or terrible, testify of the glorious return of the Savior of the world, which will be magnificent.

“It will be breathtaking! The scope and grandeur, the vastness and magnificence, will exceed anything mortal eyes have ever seen or experienced.

“In that day He will not come ‘wrapped in swaddling clothes, lying in a manger,’ but He will appear ‘in the clouds of heaven, clothed with power and great glory; with all the holy angels.’ . . .

“Then, a seemingly impossible experience: ‘All flesh,’ the Lord says, ‘shall see me together.’ How will it happen? We do not know. But I testify it will happen—exactly as prophesied. We will kneel in reverence, ‘and the Lord shall utter his voice, and all the ends of the earth shall hear it.’ . . . ‘All the ends of the earth shall see the salvation of our God,’ and He ‘shall reign over all flesh.’

“In that day the skeptics will be silent, ‘for every ear shall hear . . . , and every knee shall bow, and every tongue shall confess’ that Jesus is the Christ, the Son of God, the Savior and Redeemer of the world.”