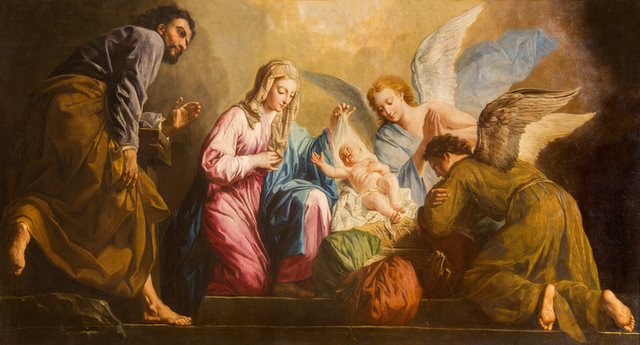 The following story originally ran on LDS Living in 2016.

Without question, the primary purposes and main focus of revelation from ancient prophets were related to the coming of a Redeemer who would be the Son of God. The Savior’s coming, however, could not be fully understood or appreciated without knowing about His mother.

Ancient prophets spoke of Mary and of her calling as the mother of the Son of God long before she was born. These prophecies written by Isaiah and Book of Mormon prophets never confused the Savior’s mother with deity: she would be a mortal from among the multitude of God’s people.

Notwithstanding, His mother was not just any woman; she was chosen and known by name centuries before her birth. Clearly, God intended us to know about her and her contribution to his plan of salvation.

Although he does not call her by name, the Old Testament prophet Isaiah delivered what may be the earliest prophecy of Mary. During a military siege of Jerusalem by the combined armies of Syria and the northern kingdom of Israel (734 B.C.), Isaiah gave King Ahaz of Judah a sign that Jerusalem would be spared. The words that came from “the Lord himself” were “Behold, a virgin shall conceive, and bear a son, and shall call his name Immanuel” (Isa. 7:14; 2 Ne. 17:14).

While receiving instruction about his father’s dream of the tree of life six hundred years before Jesus’ birth, Nephi saw Mary in vision in “the city of Nazareth.” She was “beautiful and fair above all other virgins” (1 Ne. 11:13, 15). Nephi’s next scene again described Mary as a virgin, but this time she was cradling in her arms her newborn son, who was the Son of God (1 Ne. 11:18–20). As Jesus was represented in Lehi’s dream by the tree of life, so the Father worked through Mary to give life to all His children through her son.

Although the names of others have been specifically revealed in prophecy, such as Hannah’s son, Samuel, and Elisabeth and Zacharias’s son, John, Mary’s is the only woman’s name on the list. Furthermore, Mary’s name was revealed more than one hundred years before her birth and to a prophet in a distant land, whereas John’s and Samuel’s names were revealed to their parents.

The prophet Alma taught the Nephites living in Gideon that Mary was “a virgin, a precious and chosen vessel,” who would give birth to “the Son of God.” He explained that this miracle would occur because she “shall be overshadowed and conceive by the power of the Holy Ghost, and bring forth a son, yea, even the Son of God” (Alma 7:10).

Alma spoke of Mary’s giving birth to Jesus “at Jerusalem,” phraseology used by Nephite authors for the environs of a prominent city. Bethlehem was part of greater Jerusalem, being some five miles south of the holy city and it therefore easily fits the description “at Jerusalem.”

The Book of Mormon provides another witness for the birth of Jesus Christ. After being in a comatose state for three days, King Lamoni awoke and exclaimed, “I have seen my Redeemer; and he shall . . . be born of a woman” (Alma 19:13).

In learning of his Redeemer, King Lamoni must have been amazed to realize that Christ would be “born of a woman.” In other words, the Savior would be born into this fallen and mortal world like the rest of us. After the Savior’s mortal ministry, the apostle Paul used similar terminology when he spoke of the miraculous birth of Christ: “God sent forth his Son, made of a woman” (Gal. 4:4). . . .

We must conclude that Jesus was the son of Mary. He inherited mortal qualities from her that allowed Him to feel hunger, thirst, pain, and even death. These attributes were essential to allow Him to be “filled with mercy” and “know . . . how to succor his people according to their infirmities” (Alma 7:12). Through Mary, He became mortal so that He could lay down His life as a sacrifice for sin (Mosiah 15:5–8; Heb. 2:9, 17–18). 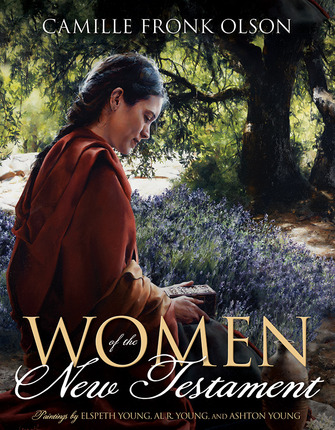 Read more about Mary in Women of the New Testament by Camille Fronk Olson, available at Deseret Book and deseretbook.com.