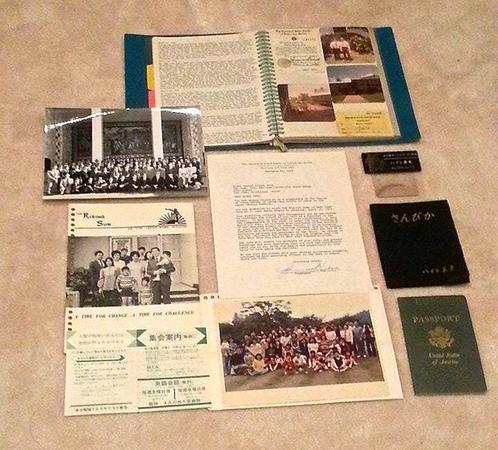 A Miracle & Missionaries Reunite Man with Lost Journals After 13 Years

Some might call it luck or coincidence that Elder Dan and Sister Colleen McArthur showed up early for a district meeting on a Thursday morning.

But the fact that they were there when a man showed up with a box of priceless missing memories was nothing short of divine in the eyes of my family.

“I think it’s more than interesting that the man who brought the box to church came at a time when 99 days out of 100, there wouldn’t be anyone there,” Elder McArthur said.

The McArthurs, of Mesa, Arizona, were serving in the Pennsylvania Philadelphia Mission of The Church of Jesus Christ of Latter-day Saints in 2014. The man who visited the church building that morning had found a box that had been left behind in a house he'd purchased.

After a quick inspection, it became obvious the box belonged to someone of the Mormon faith. So the homeowner found a local church to deliver the box to in hopes that someone could return it to the rightful owner.

Flash back 13 years when my family packed up our home in Sandy and moved across the country to Pennsylvania.