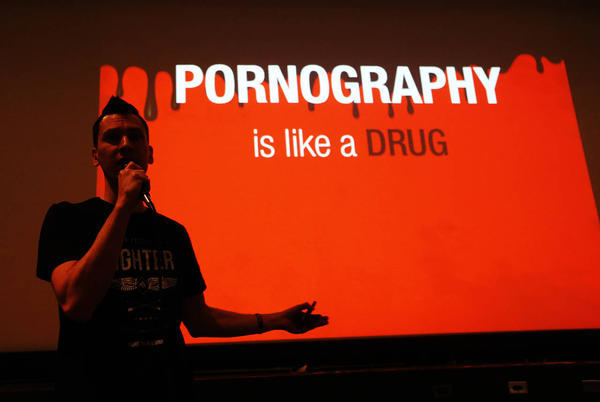 Justin was 11 when he first saw pornography.

He'd been looking for remote-controlled cars and found a cool YouTube video showing one making a huge jump.

He watched it repeatedly on his home computer, trying to ignore the sketchy video suggestions popping up on the side. But when his friend showed him the pornographic website those sketchy videos brought up, he was instantly hooked.

"At that moment, I wanted more," said the 18-year-old Justin, which is not his real name. "I looked up more. It was a constant need. I had no idea what it was. I was never happy with what I found. Even if it met my sexual preference, it didn't make me happy. I (just started) clicking and clicking and clicking and never stopped."

He's been struggling for years. He is just hoping he can stay in his latest inpatient facility in central Utah long enough to make some real changes.

"The urge to stop has been there for two to three years in treatment," he says. "It just hasn't reached the point where it's strong enough to overcome the temptation."