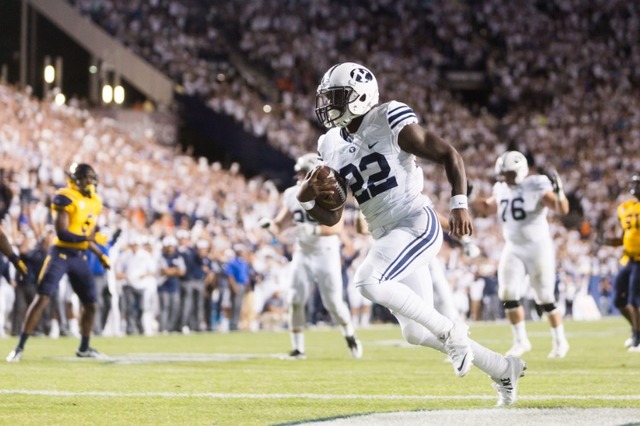 "I’ve gotta do something positive for my friends and family because there is so much negativity going on back home."

BYU football’s Squally Canada has had his share of challenges these past few months but the junior running back is using those trials as motivation for success this season.

The day before the spring football game on March 25th, Canada’s cousin was murdered. His mother broke the news to him the day of the game, and the impact on Canada was profound.

“I remember the first month, I didn’t want to talk to nobody,” he said. “I didn’t want to be around anybody. I didn’t even want to work out. I told my mom like I don’t even know if I want to be in Utah anymore. And then she told me. ‘Your cousin wouldn’t want you to sit down and not do anything.'”

Lead image from The Daily Universe by Ari Davis