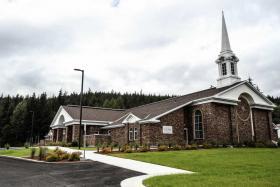 The Church of Jesus Christ of Latter-day Saints has added a second building to serve its burgeoning membership, but it’s the exception to a region-wide and nation-wide trend. Most churches in Juneau and across the nation are losing members — or are, at best, stagnant.

The newest church, in contrast, meets the needs of a population that grew by about 68 percent over the last decade. According to the Association of Religion Data Archives, the number of LDS worshippers swelled from just over a thousand in 2000 to more than 1,700 in 2010.

Read the rest of this story at juneauempire.com