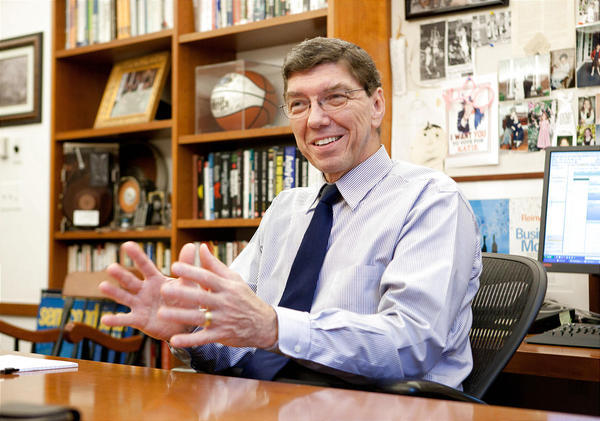 LDS Church President Thomas S. Monson pinned a large portion of his devotional address at BYU on Tuesday on the story of how Harvard business professor Clayton Christensen received his testimony of the Book of Mormon while a Rhodes Scholar at Oxford.

Below, we provide the striking full story President Monson told. It underscored his advice that students should anchor their lives in the gospel so their lights may shine as examples to the world.

A year ago, President Monson told a college basketball story about Christensen during the October 2010 General Conference of The Church of Jesus Christ of Latter-day Saints. Christensen decided, while playing for the Oxford basketball team, not to play ball in a championship game that fell on the Sabbath. President Monson used the story to illustrate one of what he described in his title as "The Three Rs of Choice." That story is also provided below.