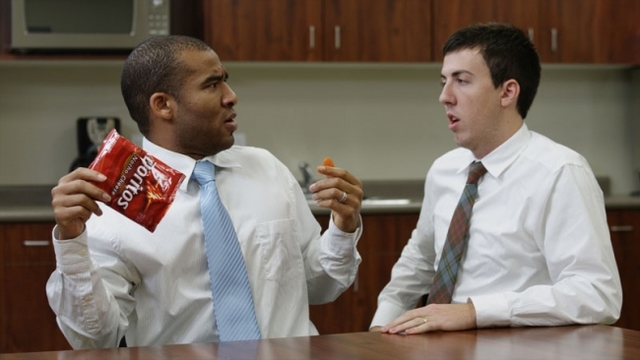 The ever-popular question of, “What would you do if you won $1 million?” is close to becoming a reality for one BYU student.

Aaron Oldham, a junior from Provo studying advertising, independently teamed up with BYU alumni to create an original Doritos commercial. The commercial could potentially air during the Super Bowl on Feb. 6.

Doritos sponsors a contest every year for amateur commercial writers, according to Tyler Dixon, a BYU alumnus and the main writer of the commercial.

“This is like the granddaddy of all amateur contests,” he said. “We have won other things prior, but nothing like this. This is a whole different level.”

Oldham said Frito Lay narrowed down all entries, which totaled more than 5,600, to five. Now it is up to audiences to determine the top three, he said. According to the contest’s website, the three commercials with the most votes will air during the Super Bowl.