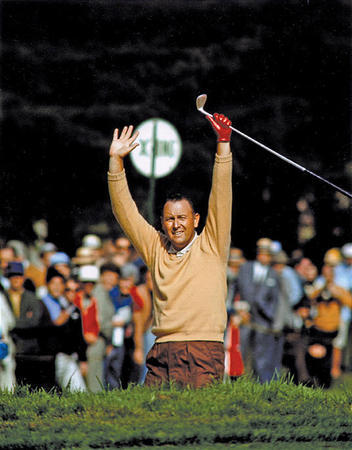 First of four excerpts from "The Big Three and Me," the autobiography of golf legend and Utah resident Billy Casper, who wrote the book with Deseret News columnist Lee Benson.

My reaction when I was first contacted by Billy Casper in late 2010 to help assist him in writing his life story was one of surprise. This hasn't been written before?

Casper was about to celebrate his 80th birthday. His golf career could hardly be considered "in progress." It had long been entrenched in the record books, where the numbers testify that few who have ever attempted the maddening game — of golf, Winston Churchill once said, "the object is to put a small ball in a small hole with implements ill designed for the purpose" — have made it less maddening.