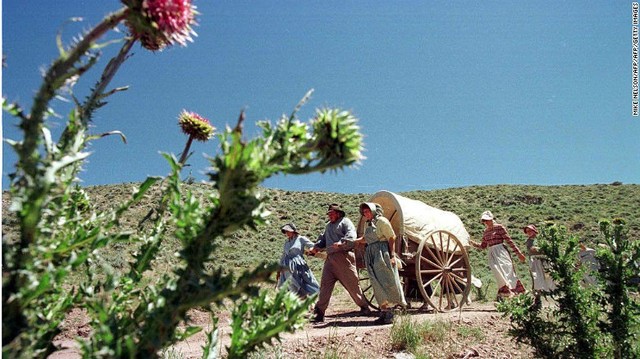 CNN Shares When the U.S. Tried to Ban Mormons

CNN recently featured the LDS Church's efforts to help refugees around the world while sharing an interesting part in the Church's history many might not know about.

President Trump's executive order banning immigrants from seven countries that are predominantly Muslim for three months isn't the first time US attempts to limit travel into the country intersected with faith. More than a century ago, it was Mormon immigrants who found presidential administrations less than welcoming.

In 1879, President Rutherford B. Hayes' secretary of state William Evarts wrote to US diplomats asking them to seek help from European governments to keep Mormon converts from traveling to the US. And in 1883 President Grover Cleveland asked Congress to "prevent the importation of Mormons into the country," according to "Immigration and the 'Mormon Question'" by William Mulder.

The Church of Jesus Christ of Latter-day Saints faced persecution since its founding in 1830, with members fleeing from New York to Ohio to Missouri. In 1838, Missouri Gov. Lilburn Boggs issued an "extermination order" calling for all Mormons to be "exterminated or driven from the state." Members eventually settled in what later became Utah, but opposition continued.

Mormon missionary work brought converts from around the world to Utah, and these immigrants were often viewed as alien and pawns in a sinister un-American theocracy.