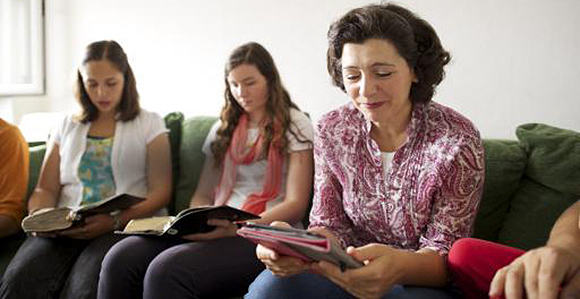 Church Releases New LDS Edition of the Bible in Portuguese

On September 15, 2015, the First Presidency announced the publication of a new LDS edition of the Holy Bible in Portuguese that is now available online and will be published for worldwide distribution in the spring of 2016.

This new sacred scripture, titled the Bíblia Sagrada, Almeida 2015, is the result of five years of collaboration and diligent work by General Authorities, Area Seventies, linguists, and Church members.  The new style and formatting, as well as the new table of contents and abbreviation pages, are all designed to help readers easily study Heavenly Father's sacred record for His children.

Nearly 1.4 million Church members speak Portuguese, making it the third most-spoken language within the Church. This publication marks an important step in making sacred scripture more accessible to Saints throughout the world in their native languages.

To find out more about the publication of the Bíblia Sagrada, Almeida 2015, visit Mormon Newsroom or LDS.org.

Watch the First Presidency's announcement of this new Portuguese Bible below:

Or, find out more about the translation in this video: