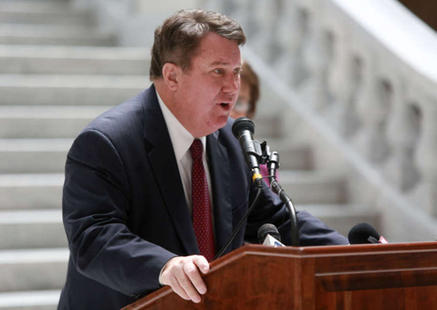 The impetus for one bill tying [nondiscrimination] issues together stems from statements leaders of The Church of Jesus Christ of Latter-day Saints made on the second day of the legislative session.

They called on government officials to protect religious rights while also protecting lesbian, gay, bisexual and transgender Utahns from discrimination in housing, employment, and public accommodations such as restaurants, hotels and transportation.

LDS Church leaders also emphasized that people should not be forced to perform services that go against their religious beliefs.

Rep. LaVar Christensen said he believes his bill accomplishes the church's objective and that the church's position is constitutionally sound.