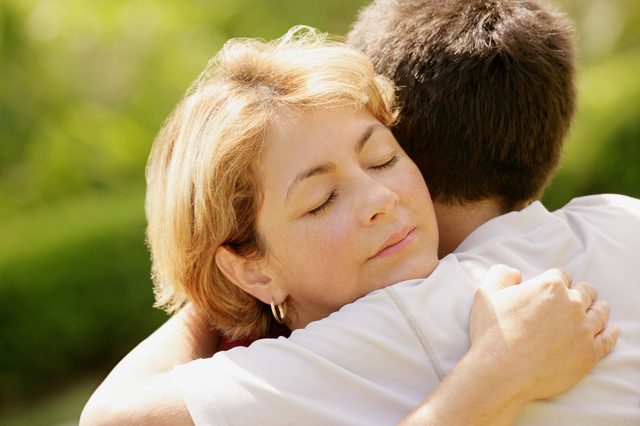 INTRODUCTION: Cain’s query of the Lord has echoed down the corridors of time: “Am I my brother’s keeper?” (Moses 5:34) And the answer has followed close at hand. Religious history is filled with tales of sacrifice made by men and women in behalf of their brothers and sisters. We have always considered that the greatest among us have been those willing to enter harm’s way in behalf of others, whether friends or strangers. It is proved conclusively by the firefighters and policemen who rushed into the towers of the World Trade Center while everyone else was rushing out. It is also exemplified by thousands of missionaries who have entered into the vineyard of the Lord to save souls and by faithful visiting and home teachers—and by a multitude of others.

1. PRESIDENT BRIGHAM YOUNG GUIDED THE RESCUE OF THE WILLIE AND MARTIN HANDCART COMPANIES.

When Brigham Young was informed that Saints were stranded, freezing and dying, on the high plains of Wyoming, how long did he wait to act?

I will tell you all that your faith, religion, and profession of religion, will never save one soul of you in the celestial kingdom of our God, unless you carry out just such principles as I am now teaching you. Go and bring in those people now on the plains.” (LeRoy R. Hafen and Ann W. Haven, Handcarts to Zion, pp. 120-121)

When did the people respond to the prophet’s appeal?

“That afternoon food, bedding and clothing in great quantities were assembled,” President Hinckley said,” and the next morning wagons were repaired and loaded. By the end of October, 250 teams were on the road to give relief.” (Church News: 10/12/96)

How have we responded to the appeal of the Prophet to rescue our new converts, so many of whom are in danger of perishing?

You cannot disregard the converts. Most of them do not need very much. As I have said before, they need a friend. They need something to do, a responsibility. They need nurturing with the good word of God. They come into the Church with enthusiasm for what they have found. We must immediately build on that enthusiasm. You have people in your wards who can be friends to every convert. They can listen to them, guide them, answer their questions, and be there to help in all circumstances and in all conditions. Brethren, this loss must stop. It is unnecessary. I am satisfied the Lord is not pleased with us. I invite you, every one of you, to make this a matter of priority in your administrative work. I invite every member to reach out in friendship and love for those who come into the Church as converts.” (Gordon B. Hinckley, “Some Thoughts on Temples, Retention of Converts, and Missionary Service,” Ensign, Nov. 1997, p. 51)

The caravans of wagons found the beleaguered Saints, and most of them were rescued and brought to the valley. The commitment of the rescuers to the welfare of their suffering brothers and sisters must speak to our hearts. There are people even now perishing in the snow and ice of indifference and doubt. There are many, a very great many, yet on the earth who are only kept from the safety of the valley because they know not where to find it (see D&C 123:12). They must be rescued.

2. THE SAVIOR RESCUES US THROUGH HIS ATONING SACRIFICE.

Just as the Saints went into harm’s way to rescue the members of the Willie and Martin handcart companies, so the Savior placed himself in the path of justice to rescue us. Elder M. Russell Ballard related a wonderful story that teaches a sobering lesson about what the Savior did for us.

I remember reading about a fire fighter in the eastern United States who ran into a burning house to rescue several children from an arson-induced fire. While his colleagues battled the blaze to keep it from spreading to other structures in the neighbor-hood, this man dashed into the building again and again, each time emerging with a child in his arms. After rescuing the fifth child, he started back into the inferno once more. Neighbors shouted that there were no more children in the family. But he insisted that he had seen a baby in a cradle, and he dove into the intensifying heat.

Moments after he disappeared into the fire and smoke, a horrifying explosion shook the building and the entire structure collapsed. It was several hours before fire fighters were able to locate their colleague’s body. They found him in the nursery near the crib, huddled protectively over a life-sized and practically unscratched doll.

As I think about such heroism, however, I’m reminded that the most heroic act of all time ever was performed in behalf of all mankind by the Son of God. In a very real sense, all of humanity—past, present, and future—was trapped behind a wall of flame that was fueled and fanned by our own faithlessness. Sin separated mortals from God (see Romans 6:23), and would do so forever unless a way was found to put out the fires of sin and rescue us from ourselves.” (Cited in Our Search for Happiness: M. Russell Ballard, p. 11]

The intervention of the Savior in our otherwise hopeless circumstances is the purest and greatest act of rescuing this universe has ever experienced. And it is intensely individual. Note the language used by Alma and Ammon to describe what the Savior did for them. Alma testified:

Nevertheless, after wading through much tribulation, repenting nigh unto death, the Lord in mercy hath seen fit to snatch me out of an everlasting burning, and I am born of God.

My soul hath been redeemed from the gall of bitterness and bonds of iniquity. I was in the darkest abyss; but now I behold the marvelous light of God. My soul was racked with eternal torment; but I am snatched, and my soul is pained no more. (Mosiah 27:28-9)

Who could have supposed that our God would have been so merciful as to have snatched us from our awful, sinful, and polluted state?

Behold, we went forth even in wrath, with mighty threatenings to destroy his church.

Oh, my soul, almost as it were, fleeth at the thought. Behold, he did not exercise his justice upon us, but in his great mercy hath brought us over that everlasting gulf of death and misery, even to the salvation of our souls. (Alma 26:17-20)

As the prophet Jacob reflected on the mission of the Savior, he exulted in what the Savior had done for us. Listen to his language:

O how great the goodness of our God, who prepareth a way for our escape from the grasp of this awful monster; yea, that monster, death and hell . . . (2 Nephi 9:10

I stood one day in the Garden of Gethsemane and felt the very trees testifying of the reality of these things. Like Ammon and Alma, I too have been snatched from the very jaws of hell, rescued from the deepest abyss, delivered from the clutches of an embittered insomniac whose only desire is to make me miserable. (See 2 Nephi 2:18, 27)

3. AS LATTER-DAY SAINTS, WE ARE TO RESCUE THOSE IN NEED.

Since it is the objective of Lucifer that “all men might be miserable like unto himself” (2 Nephi 2:27), and the desire of the Savior to “crown the faithful with joy and rejoicing” (D&C 52:43), we must demonstrate our discipleship by our efforts to rescue those who have become prey to the misery of our “adversary the devil, [who] as a roaring lion, walketh about, seeking whom he may devour” (1 Peter 5:8).

Most of you will remember the story of the efforts of three young men to assist members of the handcart company at the crossing of the Sweetwater.

It was an emotional experience to see the Sweetwater River crossing where most of the five hundred members of the company were carried across the icy river by three brave young men. Later, all three of the boys died from the effects of the terrible strain and great exposure of that crossing. When President Brigham Young heard of this heroic act, he wept like a child and later declared publicly: “That act alone will ensure C. Allen Huntington, George W. Grant and David P. Kimball an everlasting salvation in the Celestial Kingdom of God, worlds without end.” (Solomon F. Kimball, “Belated Emigrants of 1856,” Improvement Era, Feb. 1914, p. 288; cited by James E. Faust, “A Priceless Heritage,” Ensign, Nov. 1992, 84)

We have a great obligation to rescue those who are trapped beyond the filthy waters of sin and sorrow and suffering.

A part of Benjamin’s sermon in Mosiah 4 is focused on this matter. If we are able, we must rescue those in need.

Years ago a friend of mine taught an institute class at a state college. It was called “LDS Doctrine for non-Mormons.” The class was well-taught and well attended by those who were not Latter-day Saints. After completing the fall quarter, my friend entered the hospital for a serious operation. His doctor, who served in the stake presidency with the director of the institute, indicated to the director that the teacher—call him Harold—was not to come to work for at least three weeks. He needed to be off his feet at home for that length of time.

A week later the director of the institute ran into Harold at the institute building. “Harold,” he said, “you shouldn’t be here. Your doctor said you were to spend three weeks resting at home. What are you doing?”

Harold answered, “Some of the non-members who were in the LDS Doctrine class are here to be interviewed. They are considering baptism.” But the director insisted he go home.

Then Harold said this: “If I was sitting and recuperating in my recliner in the living room of my home and witnessed a terrible automobile accident on the street in front of my house, and if I could see through my window that there were badly injured people, bleeding and perhaps dying, would you expect me to sit and do nothing?”

“Well, people are dying spiritually, and I cannot sit at home and do nothing.”

CONCLUSION:  The concern expressed by this teacher is the concern that brought men and wagons from Salt Lake into the teeth of a bitter Wyoming winter to rescue the handcart pioneers. When people are dying, spiritually or physically, true Saints are not able to sit still and do nothing.

And now, behold, I say unto you, that the thing which will be of the most worth unto you will be to declare repentance unto this people, that you may bring souls unto me, that you may rest with them in the kingdom of my Father. (D&C 15:6)