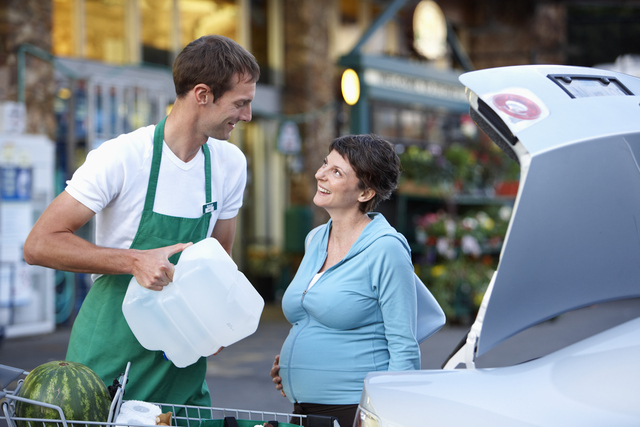 Our prophets have always taught us to be self-reliant—and to assist those in need—to learn to set aside our burdens and proceed freely without unnecessary encumbrances. This lesson discusses the principles of the Welfare Program which teach us how to avoid needless burdens and to apply these principles.

Behold, this is the preparation wherewith I prepare you, and the foundation, and the ensample which I give unto you, whereby you may accomplish the commandments which are given you; That through my providence, notwithstanding the tribulation which shall descend upon you, that the church may stand independent above all other creatures beneath the celestial world;

We live in a most exciting and challenging period in human history. As technology sweeps through every facet of our lives, changes are occurring so rapidly that it can be difficult for us to keep our lives in balance. To maintain some semblance of stability in our lives, it is essential that we plan for our future. I believe it is time, and perhaps with some urgency, to review the counsel we have received in dealing with our personal and family preparedness. We want to be found with oil in our lamps sufficient to endure to the end. President Spencer W. Kimball admonished us:

“In reviewing the Lord's counsel to us on the importance of preparedness, I am impressed with the plainness of the message. The Savior made it clear that we cannot place sufficient oil in our preparedness lamps by simply avoiding evil. We must also be anxiously engaged in a positive program of preparation.”

He also said: “The Lord will not translate one's good hopes and desires and intentions into works. Each of us must do that for himself.”

President Kimball also said: “The Lord will not translate one's good hopes and desires and intentions into works. Each of us must do that for himself.” (The Miracle of Forgiveness, Salt Lake City: Bookcraft, 1969, p. 8: cited in "If Ye Are Prepared Ye Shall Not Fear": Elder L. Tom Perry in C.R., October 1995)

Just as it is important to prepare ourselves spiritually, we must also prepare ourselves for our temporal needs. Each of us needs to take the time to ask ourselves, What preparation should I make to care for my needs and the needs of my family?

We have been instructed for years to follow at least four requirements in preparing for that which is to come. ("If Ye Are Prepared Ye Shall Not Fear": Elder L. Tom Perry (October 1995)

Those four requirements are:

“First, gain an adequate education. Learn a trade or a profession to enable you to obtain steady employment that will provide remuneration sufficient to care for yourself and your family. The rapidly changing world breeds obsolescence and requires us to be continually engaged in preparing ourselves for the future. We can become antiquated in our professions if we do not stay up to date. Imagine how many patients a dentist would have if he continued to use the same tools and techniques he used a decade ago. . . . We must, in our scheduling of time, allot sufficient time to educate ourselves for now and for the future.

Second, live strictly within your income and save something for a rainy day. Incorporate in your lives the discipline of budgeting that which the Lord has blessed you with. As regularly as you pay your tithing, set aside an amount needed for future family requirements. Include your children while planning for the future. I am convinced that in many backyards, a crop of corn, raspberries, or tomatoes, planted and harvested by your children each year and sold to your neighbors, will in time yield enough to make a major contribution to a mission or a college education fund. . . .

Third, avoid excessive debt. Necessary debt should be incurred only after careful, thoughtful prayer and after obtaining the best possible advice. We need the discipline to stay well within our ability to pay. Wisely we have been counseled to avoid debt as we would avoid the plague.

Fourth, acquire and store a reserve of food and supplies that will sustain life. Obtain clothing and build a savings account on a sensible, well‑planned basis that can serve well in times of emergency. As long as I can remember, we have been taught to prepare for the future and to obtain a year's supply of necessities. I would guess that the years of plenty have almost universally caused us to set aside this counsel. I believe the time to disregard this counsel is over. With events in the world today, it must be considered with all seriousness.” ("If Ye Are Prepared Ye Shall Not Fear": Elder L. Tom Perry: C.R., October 1995)

3. CARING FOR THE NEEDY

Few divine directives have been repeated as often as the injunction to care for the needy. The Lord created the earth and said he would prove us herewith (see Abraham 3:25) to see how obedient we would be. Part of the requirement is that we must help others who are taking the test with us.

Indifference is not permitted during our time on Earth. At least, it is not permitted from those who want to pass the test. This is a group test, and one of the foremost requirements of participants is that they must help each other solve the problems on the test. If we do not, we ourselves cannot successfully pass the exam. The Lord spoke of those who are indifferent to the problems and the pain of others, and described their fate:

Then shall he say also unto them on his left hand, Depart from me, ye cursed, into everlasting fire prepared for the devil and his angels: For I was an hungered, and ye gave me no meat: I was thirsty and ye gave me no drink: I was a stranger, and ye took me not in: naked, and ye clothed me not: sick, and in prison, and ye visited me not.” (Matthew 25:41-43.)

We must give aid to the physically and spiritually needy among us and around us.

A number of years ago, my wife and I lived in a small farming community in southern Arizona. One Sabbath in Sunday School, we were discussing King Benjamin's counsel about sharing our substance with the less fortunate. One young man raised his hand. He felt some concerns about a personal application of the scriptures we were discussing.

The ready availability of farming work in our community enticed significant numbers of Hispanics to cross the border illegally. They walked through the desert for about thirty miles to look for work in our area. By the time they reached the freeway south of town, they were usually hungry and thirsty. Many of them stopped at the first house they found to beg for a bite to eat.

This brother had recently married, and he and his wife lived in one of only two houses south of the main highway. He described the problem, and said, "I don't dare feed any of them. If you feed one, he'll mark your house in some way and then you'll be expected to feed them all. They shouldn't be here anyway."

His conclusions seemed reasonable to me. But in my heart I could still feel the message of King Benjamin:

And also, ye yourselves will succor those that stand in need of your succor; ye will administer of your substance unto him that standeth in need; and ye will not suffer that the beggar putteth up his petition unto you in vain, and turn him out to perish. (Mosiah 4:16.)

The scriptures we were studying that day made it clear we are expected to help others in need. The message of Mosiah 4 made it clear that we cannot excuse ourselves from assisting those in need of our help because their own mistakes have created their need.

Another class member raised her hand after a moment or two. She and her husband lived in the other house south of the interstate. She seemed reluctant to say what she wanted to say, but felt compelled to do so. "I don't want to hurt any feelings," she said, "and I do not mean to sound judgmental. But I must say something about this. No one leaves our house hungry. No one. And if my husband and I are not at home, our children know. We feed anyone who asks for food."

We must help others with their problems. No acceptable excuses can be given for indifference.

I attended a meeting many years ago in which Elder Neal A. Maxwell described the Church as “organized love and administered affection.” The Church represents, among other things, an institutional attempt by the disciples of Christ to care for each other.

Although nearly 2,000 years have passed since the mortal ministry of the Son of God, His loving example and His teachings remain an integral part of who we are as a people and who we are as a church. Today, through its inspired Welfare Program, The Church of Jesus Christ of Latter‑day Saints and its members strive to emulate His example as we seek to relieve suffering and foster self‑reliance.

The Welfare Program of the Church is well known throughout the world. People from all walks of life travel to Church headquarters to see firsthand how the Church cares for the poor and needy without creating dependency on the part of those who receive or bitterness on the part of those who give. A president of a country, after visiting Welfare Square, canceled the remainder of his appointments for the day. ‘There is something here that is more important than anything else I have on my schedule,’ he said. ‘I must stay and learn more.’” (“Inspired Church Welfare”: Elder Joseph B. Wirthlin, C.R., April 1999)

There is a danger in doing too much for people. Recipients might begin to depend so much on the handouts that they forget to employ their own abilities and resources.

The material that follows comes is a story from Reader’s Digest that was referenced during the October 1982 General Conference Welfare Meeting by President Romney.

In our friendly neighbor city of St. Augustine [Florida] great flocks of sea gulls are starving amid plenty. Fishing is still good, but the gulls don’t know how to fish. For generations they have depended on the shrimp fleet to toss them scraps from the nets. Now the fleet has moved. . . .

The shrimpers had created a Welfare State for the . . . sea gulls. The big birds never bothered to learn how to fish for themselves and they never taught their children to fish. Instead they led their little ones to the shrimp nets.

Now the sea gulls, the fine free birds that almost symbolize liberty itself, are starving to death because they gave in to the “something for nothing” lure! They sacrificed their independence for a hand-out.

CONCLUSION: The Humanitarian Center is an appendage of the Welfare Program of the church, and a reflection of the continuing concern of the Church for the needy. I spent a day there last summer working as a volunteer. I fixed crutches, boxed canes, and disassembled non-functioning wheelchairs. I spent eight hours in a tiny corner of a huge building doing work, which would be utilized by people who had absolutely no idea who labored in their behalf. I have rarely felt better in my life. I have never been prouder of this Church.