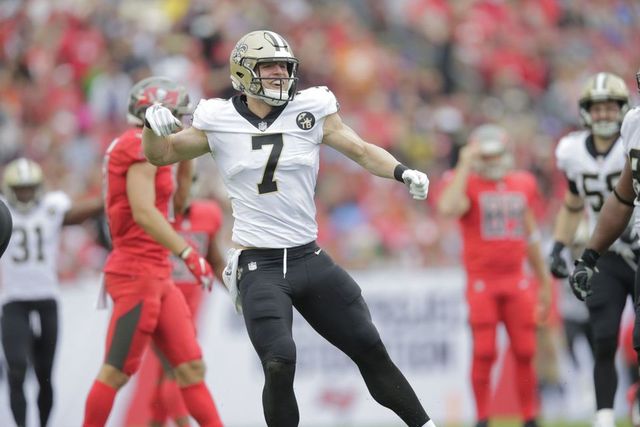 Documentary on Taysom Hill Shows How His Brother's Death, His Faith Shaped His NFL Career

Taysom Hill knows a thing or two about adversity.

Through it all, Hill’s faith has sustained him as he battled his way back onto an NFL roster.

Not only has Taysom Hill’s emergence been one of the most intriguing stories in the NFL this year, but when the New Orleans Saints take the field this Sunday for its divisional playoff opener against the Philadelphia Eagles, Hill will play a vital role for the NFC’s No. 1 seed. 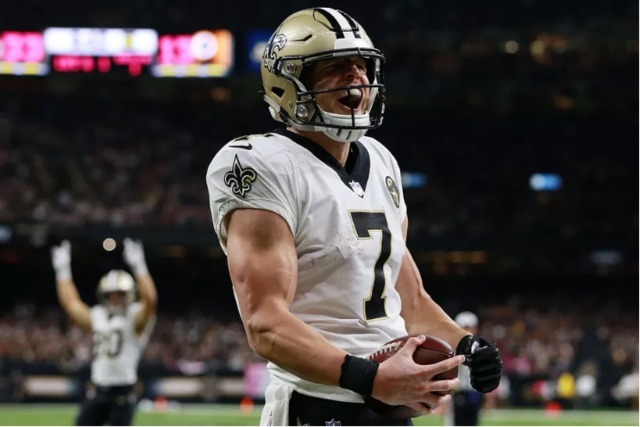 The former BYU dual-threat quarterback has been a revelation for the Saints this year. A waiver pick-up by the team last season, Hill has morphed into a jack-of-all-trades for the Saints. Head coach Sean Payton, known for his innovations on the gridiron, has utilized him at quarterback, running back, wide receiver, and special teams.

"He wants to play hard because he loves the game, and you feel that," Payton recently told ESPN. "I think he's very unselfish, and that carries over because it's contagious. …There's just some of those intangibles that he's willing to do anything—but do it well. So he's a very important part of our team."

Dubbed the “Swiss Army Knife” by Saints defensive end Cam Jordan, Hill has fully embraced his unconventional role on the team. He is quickly becoming a fan favorite of the Who Dat Nation thanks to his speed, toughness, athleticism, and momentum-changing plays.

During a game at Tampa Bay in December, with his team down 14-3 in the third quarter, Hill jump-started the lagging New Orleans offense with a critical blocked punt. The Saints went on to score 25 unanswered points to secure the comeback.

“He’s always believed in his faith, and he’s always stuck true to his faith,” childhood friend Spencer Harding said in the video. “It’s helped guide him through his hard times. It’s helped him, even [in] rough patches in life. His outlook on life is always a positive outlook.”

Even as a young man growing up in Pocatello, Idaho, Hill didn’t let obstacles get in his way.

“They made him stronger,” Taysom’s father, Doug Hill, said in the video. “He used that to his advantage. [For] some it would divert them or stop them, [for Taysom] it was one of those things that made him even more forceful at getting back.”

Hill has had to “get back” from plenty. Injuries prematurely ended four of his five seasons at BYU, including a Lisfranc fracture—a devastating injury that has ended more than one football career. He was dealt a huge blow at the unexpected death of his older brother and mentor, former Dixie State quarterback Dexter, in 2016. (Hill now wears the no. 7 jersey as a tribute to Dexter.) He went undrafted in the NFL draft last year. After signing as a free agent with the Green Bay Packers, he was cut after just four preseason games.

Throughout the adversity, Hill’s faith has kept him focused on what is most important.

“Trials and difficult times can help you become better and move forward, or they can cause you to step backward," Hill said in a 2015 interview with the Deseret News. “It’s how you handle those situations that shows who you can become. I view this as an opportunity to share my faith with others.”

The 28-year-old has had that chance to share his faith at both Green Bay and New Orleans.

“I was the butt of a lot of jokes, not about my faith, but about my age. My age is what it is because I chose to serve a mission, and . . . there was definitely a lot of conversations about that," Hill told the Deseret news in 2018. "Although there were a lot of jokes about it, I never felt like people were being disrespectful. I never felt that people were attacking me or my faith. I don’t know how much you know about Drew (Brees) or Chase (Daniel) specifically, but both of those guys are faithful guys. They have a really strong faith and are Christians and read the Bible. It was really unique and a cool opportunity to be in the QB room with those guys."

No matter what the outcome of Sunday's playoff game, Taysom Hill continues to prove he can handle whatever is thrown at him, on or off the field. 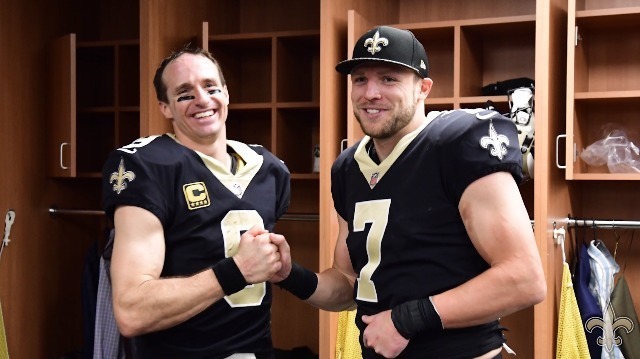 Drew Brees and Taysom Hill in the Saints Locker room. Screenshot from www.neworleanssaints.com