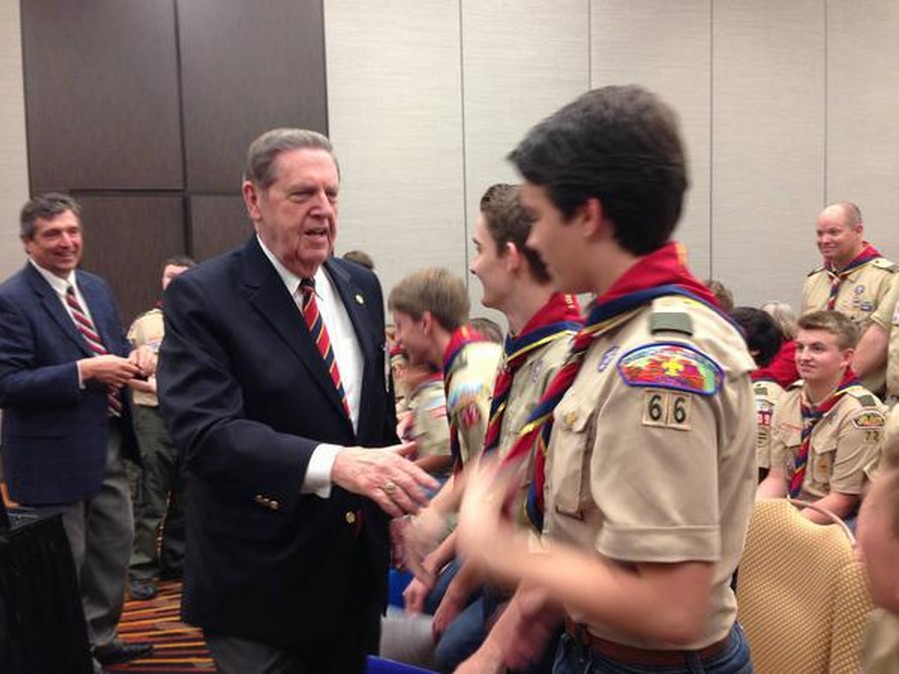 Elder Holland Appointed to the Boy Scouts' National Board

On May 20, Elder Jeffrey R. Holland was elected as a member of the Boy Scouts of America National Executive Board during the BSA’s National Annual Meeting. Elder Holland attended the meetings during the week and also spoke at a closing reception.

His election to the board is significant in that Elder Holland is the fourth member of the Quorum of the Twelve Apostles to receive this appointment.

Elder George Albert Smith was the first Utahn and apostle to serve on the Executive Board, beginning in 1931. He was replaced by Elder Ezra Taft Benson in 1949 and then Elder Thomas S. Monson in 1969. President Monson is the longest-standing member of the National Executive Board and was recently given lifetime status as a board member. President Monson will remain involved in decision making; however, Elder Holland will now take a more active role on the board.