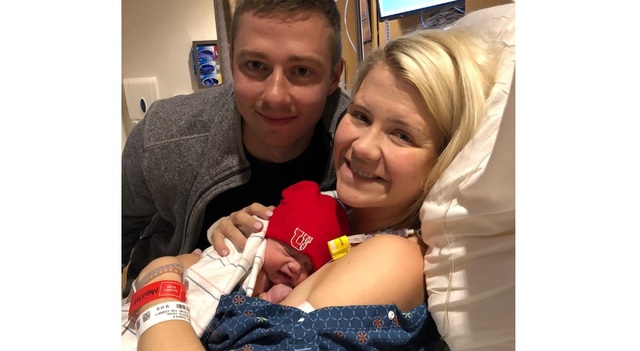 On November 19, Elizabeth Smart announced the birth of her third child, a little girl named Olivia, on Instagram. In the post, she writes, "So happy to welcome Olivia to our family!"

So happy to welcome Olivia to our family! ❤️❤️❤️❤️❤️

Elizabeth Smart and her husband, Matthew Gilmour, welcomed their first child into their family in 2015—a baby girl named Chloe. In 2017 their family expanded when Smart delivered a baby boy, James.

The advocate for victims of sexual and physical abuse has often spoken about the transformative power of a mother's love and the joy parenthood brings to her life. Smart has often shared how her own mother's love helped her find hope after she was abducted in 2002 and endured months of rape and abuse.

After she was raped for the first time, Smart recalled her mother telling her, “You will always be my daughter. Nothing can ever change that.” Despite the psychological and physical suffering she experienced, that love helped sustain her. “I decided I would do whatever it took to survive,” Smart told pressdemocrat.com.

When Smart was rescued from her abductors, her mother's advice once again helped her find hope as she struggled to find healing. Smart recalls her mother telling her, "The best punishment you could ever give them [your captors] is to be happy, is to live your life, is to move forward and do all of the things that you want to do. Because by feeling sorry for yourself and holding onto the past and reliving it over and over and over again, that’s only allowing them to steal more of your life away from you.”

That is advice Smart continues to follow even as she strives to follow in her mother's footsteps. “My mom is a hero and has influenced my life more than any other person, and I’d like to have that same influence on my children,” she told PEOPLE in 2014. "That is my greatest aspiration—to be a mother. We’ll start having kids and see how I handle that and then go from there. I don’t have a predetermined number in my head.”

A year later, when Smart became a mother to her firstborn, she told The Oklahoman that the experience was "the best thing ever."

As her family continues to expand, Smart continues to testify of the life-changing impact motherhood has had on her life.