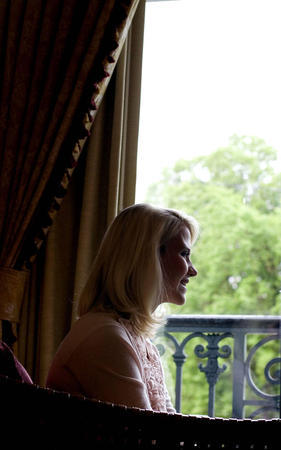 Elizabeth Smart wants to use her trials to inspire others

Ed Smart once said that his daughter Elizabeth in general only likes to speak publicly when she has the potential of helping or being an inspiration to others.

After speaking with her for a short time Wednesday, it's clear that the woman who has been through so much and inspired so many people all over the world, is more comfortable putting the spotlight on helping others than herself.

"Mostly I'm just looking forward to going where I can make the biggest difference, doing the best that I can do to help others around me. Hopefully make a difference in the world," she said of her plans after graduating from college.

Smart's abduction from her home in 2002 when she was 14 years old has been in the media spotlight for nearly a decade, including horrific details of the many abuses she endured during her nine months of captivity.