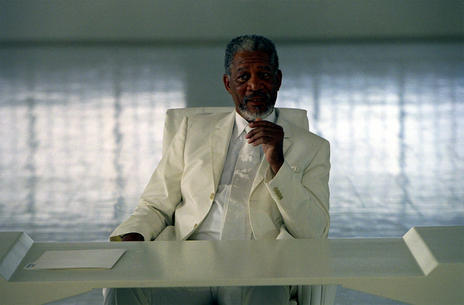 Faith Playing a Role in Hollywood: Religion in Movies a New Form of Education Experts Say

Kim Pomares was on a plane the first time he saw “Evan Almighty.”

Turned off by religious comedies in the past, Pomares wasn’t sure if the 2007 film — a sequel to “Bruce Almighty” and a story about an unsuccessful congressman's transformation into a modern day Noah — would be suitable for him and his family.

But because of the flight’s length, he decided to watch the movie.

By the time the DVD reached its end, Pomares, a practicing member of The Church of Jesus Christ of Latter-day Saints from Toronto, was more than happy to show the film to his kids. Not only did he relate to the film’s characters, but he also felt the portrayal of God, played by Morgan Freeman, was respectful.