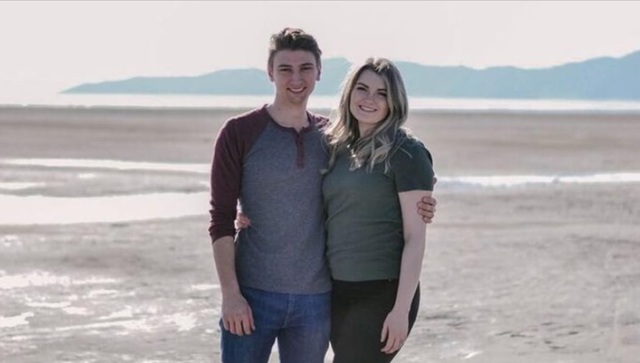 Authorities and volunteers have been searching for a Latter-day Saint husband and soon-to-be father who went missing in the Bitterroot Mountains of southwest Montana on Sunday, August 11.

Kaden Laga, who attends Brigham Young University, went missing Sunday in the Twin Lakes area of Ravalli County, Montana, after becoming separated from his family around 3 p.m. Kaden was riding horseback with his father and siblings when the group separated after one of the horses went lame. Everyone planned on meeting at the trailhead later that day, but Kaden never made it down the trail.

Since then, authorities and volunteers have searched the area with the help of dogs. Kaden's wife, Arden, posted on Facebook, "We have been blessed with thousands of people willing to help, and we are so grateful." On Wednesday, August 14, Kaden's sister posted in a Facebook group dedicated to finding Kaden, "Hounds have been on the mountain since about 4:30 this morning, and we just heard word that they picked up Kaden’s scent. What this means for us that it has narrowed our search quite a bit tomorrow when we are out there in the bush because now we know what direction he went."

While the family has enough volunteers to help in the search for Kaden, they have continued to ask for prayers on his behalf. Arden posted, "We are asking all who are able to fast for Kaden to do so now starting tonight or tomorrow. If you aren't familiar with the religious practice of fasting, it's a way to show God your humility and sacrifice in order to receive blessings and help from Him. Kaden needs us more than ever."

On Monday, August 13, Arden, who is expecting a baby this November, posted on Facebook, "Thank you all for your love, prayers, fasting, messages, and support. . . . I personally have felt Gods continued reassurance that we will be reunited soon and that all is well. All circumstances given, there are a lot of good things happening. Faith and Hope are key and I have felt this wonderful community made up of family, friends, and strangers lift us up through prayer during this time."