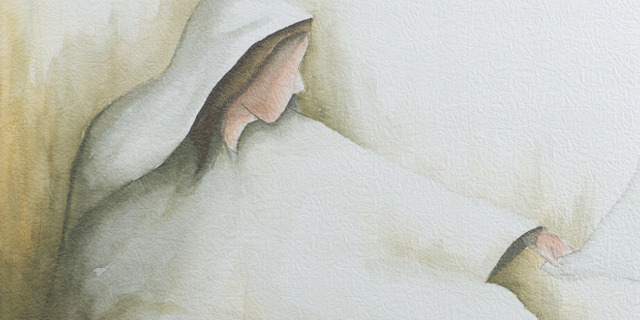 Found in the Footnotes: A Hidden Lesson in the Story of the Woman with the Issue of Blood

Editor's note: Our weekly Friday column, “Found in the Footnotes,” explores some of the footnotes from remarks given by General Authorities and General Officers of The Church of Jesus Christ of Latter-day Saints.

It’s a New Testament story familiar to many. The Lord Jesus Christ is on a street near Capernaum when a woman, who had suffered with an issue of blood for 12 years, reaches out in a crowd of people to touch the Savior’s robes.

What’s less familiar though might be the impact this moment had on the crowd.

In his address, “Look unto Jesus Christ,” Elder Kim B. Clark, then a member of the Quorum of the Seventy, points to how this moment may have taught a lesson of compassion to more people than just the woman with the issue of blood.

At the time of her touch, Christ is with Jairus as they are headed to his home where Christ would raise Jairus’s daughter from the dead. Jairus was a “ruler of a synagogue near the Sea of Galilee,” according to the Bible Dictionary.

In footnote 10 of his talk, Elder Clark points out that the woman with the issue of blood “had likely been cast out of the synagogue because of her affliction.” Mosaic law taught that anyone with an open, running, sore made a person unclean, according to author S. Kent Brown.

The man who was trained to not let people with issues like hers into the synagogue witnessed her miraculous healing, and not just the physical healing, but also the spiritual healing.

“When Jesus healed her, He also made clear to all who were there, including Jairus, that she was a beloved daughter, a woman of faith, and whole in body and spirit,” Elder Clark writes in a footnote.

“Jesus Christ saved the woman," Elder Clark said in his remarks. "She was healed physically, but when Jesus turned to see her, she declared her faith in Him and He healed her heart. He spoke to her with love, assured her of His approval, and blessed her with His peace.”

And I like to think in some way, the Lord may have healed Jairus' heart too.

The lead image of this story is a painting by Kate Lee, "Faith to be Healed." Kate brings us a very private view into that special moment when faith was strong enough to heal by touching the hem of the Savior's clothing. Available now at DeseretBook.com.