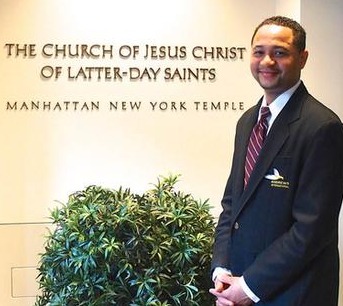 From Security Guard (Outside a Temple) to Faithful Member

Every day that Edward Matos worked as a security guard at the building where the Manhattan New York Temple, three Manhattan wards, the New York Office of Public and International Affairs and the Family History Center are housed, he saw friendly, cheerful people.

Many of them would stop and chat with him, especially those who passed by his station frequently. Often, food served at various ward activities was shared with him. He thought these people were “very nice” and wondered what made them happier than most people he had contact with.

Born in the Dominican Republic, he immigrated to New York City with his mother, brother and two sisters when he was 17 years old; his father had come to the United States several years earlier.