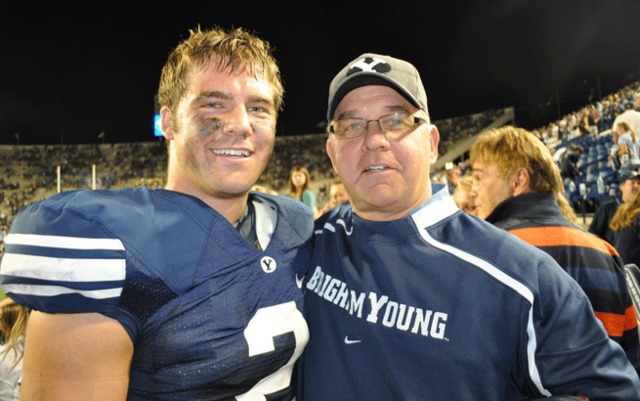 One by one, BYU football players -- dressed in blue and white team gear -- filed onto a bus outside the Holiday Inn Express in Orem, Utah, last Friday night. It was just after 6 on the eve of the Cougars' annual grudge match against Utah, but instead of watching film or making last-minute preparations, the team was headed to the Promontory Correction Facility in nearby Draper to speak to inmates in the prison's Substance Abuse Treatment Program.

With everyone aboard, a team official scanned his clipboard and gave the driver the go signal. But just before the door closed, a burly 6-foot-1, 227-pound linebacker wearing a backward baseball cap and dark sweatsuit got on board, ducked into an empty seat up front, put his elbows on his knees and buried his face in his hands.