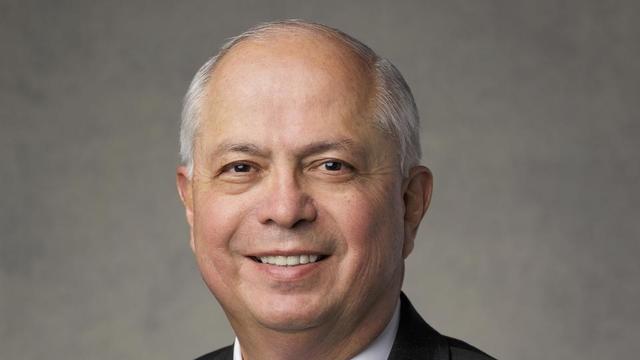 How Elder Echo Hawk Showed His Faith, Defied Racism and Anti-Mormonism to Become an Attorney General

The federal government took my father from his parents and sent him to a boarding school where he was physically beaten if he spoke the Pawnee language or practiced his native culture. My sister was sent home from a public school because her skin was the wrong color. I heard a public schoolteacher describe Indians as “savage, bloodthirsty, heathen renegades.” Perhaps most painful, during my early childhood, my family had no expectation of achieving a higher education and becoming doctors, lawyers, or engineers. A college education seemed beyond our reach.

But out of that pain was born promise. All six children in my family went to college. Three of us became lawyers. The most vivid realization of that promise for me came in 1999, when I ran for the office of attorney general of Idaho, a daunting task. No member of my political party had been elected as attorney general in twenty years, nor a person from my county elected to any statewide office in thirty-eight years. In all the history of the United States, an American Indian had never been elected to any state constitutional office (such as governor, lieutenant governor, secretary of state, or attorney general). A political writer for the largest newspaper in Idaho wrote: “Larry Echo Hawk starts with three strikes against him: he is a Mormon, Indian, Democrat.” I went out and worked as hard as I could. On election night, when I received a call from my opponent conceding the election, I felt the full promise of America.

For me, life began to change at the age of 14 when two missionaries from The Church of Jesus Christ of Latter-day Saints came into my home and presented the missionary lessons. Up until then I knew very little about Christian religion and had seldom attended any church. I was baptized, but I did not have a testimony of the restoration of the gospel of Jesus Christ through the Prophet Joseph Smith.

It seemed to me that the Book of Mormon was about my Pawnee Indian ancestors. The Book of Mormon talks about the Lamanites, a people who would be scattered, smitten, and nearly destroyed. But in the end, they would be blessed if they followed the Savior. That is exactly what I saw in my own family’s history. When I read the Book of Mormon, it gave me very positive feelings about who I am, knowledge that Heavenly Father had something for me to accomplish in life, and instruction in how I could be an instrument in His hands in serving the needs of other people.

While I was a student at BYU, I heard President Spencer W. Kimball speak several times. He was well known as the Apostle who had a great love for Indian people. He gave a speech entitled “This Is My Vision” in which he related a dream about the Indian people. He said, “I saw you as lawyers. I saw you looking after your people. I saw you as heads of cities and of states and in elected office” (see Dell Van Orden, “Emotional Farewell in Mexico,” Church News, 19 February 1977, 3). To me, it was like a challenge from a prophet of God. I carried an excerpt from that talk in my scriptures. At a certain point in my life, I reread the passage where he said we could become leaders of cities and states, and even though I had never envisioned running for elective office, I knew that I could and should do it.

When I graduated from BYU, I decided to become a lawyer for one reason: to help Indian people. After graduating from law school, I spent nine years working as the attorney for Idaho’s largest Indian tribe and saw a marvelous awakening under laws that now help Native Americans to become self-sufficient and economically strong.

During the Vietnam War, I volunteered for service in the U.S. Marine Corps. Soon after I arrived in Quantico, Virginia, for boot camp, I found myself standing at attention in front of my bunk in our barracks along with 54 other Marine Corps recruits. I met my drill instructor when he kicked open the door to the barracks and entered while yelling words laced with profanity. He was a tough, battle-hardened veteran, previously wounded in Vietnam. He confronted each recruit one by one. Without exception, he found something about each recruit to ridicule with vulgar language. I dreaded my turn. He grabbed my duffel bag and dumped my personal belongings onto my bunk. Looking through my things, he grabbed my Book of Mormon. I braced myself for his attack. Instead, he stood close to me and whispered, “Are you a Mormon?”

As instructed, I yelled, “Yes, Sergeant Instructor!” I expected he would then rip into me and my religion, but he paused, raised his hand holding my Book of Mormon, and then, in a very quiet voice, said, “Do you believe in this book?”

At this point, I was sure he would yell out disparaging words about Mormons. But he just stood there in silence. Finally, he walked back to where he had dumped my personal things and gently laid my Book of Mormon down. He then walked to the next recruit, whom he ridiculed and disparaged with vile language.

I have often wondered why that Marine Corps drill instructor spared me that day. But I am glad I was able to say without hesitation that I am a Mormon and that I know the Book of Mormon is true. That testimony is a precious gift given to me by the Holy Spirit with the help of two missionaries, a priests quorum leader, and a prophet of God. For this, I am very grateful. 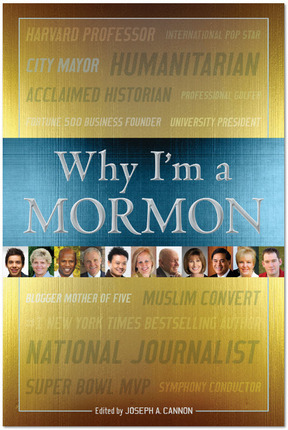 Read more of Elder Echo Hawk's life in Why I'm a Mormon.

Why I’m a Mormon is a collection of fascinating, individual journeys of faith by dozens of stalwart, modern Mormons—some prominent, others less well-known but no less impressive. Contributors share brief reflections on how their feelings about the gospel and their involvement in the Church have shaped and enriched their lives. These vignettes are from Latter-day Saints who are faithfully and successfully navigating these troubled, secular, sometimes dark and temptation laden times. The book includes expressions from successful business leaders, entertainers, sports figures, authors, and many others.