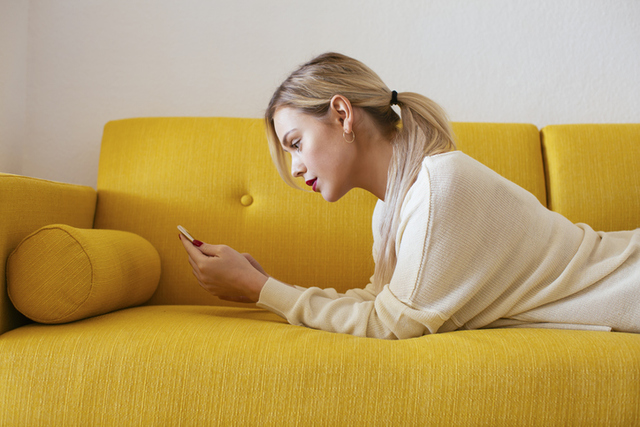 How Much Social Media Is Too Much During General Conference?

I remember riding in the back of a cramped truck through the dirty streets of Santiago, Chile, en route to my very first general conference as a full-time missionary. As we navigated the small, crowded roads on our way to the local Stake Center, one senior missionary clicked on the radio which began playing a Tabernacle Choir CD. Involuntarily and instantly, I was flooded with nostalgic images and emotions of general conference back home in Idaho. I couldn’t help but wonder what my family was doing right at that very moment as they and I prepared for the same marvelous event, at the same exact moment, but in entirely different hemispheres.

To this day, nearly 15 years since my first general conference as a missionary, I still get excited about this special weekend we get to enjoy just twice a year.

There’s something about general conference weekend that I can’t quite describe—a sort of energy, excitement, and confirmation from the Holy Ghost that God’s Kingdom on Earth continues to move forward. Pair the endearing nostalgia with the unavoidable anticipation brought on by so many big announcements over the last year or so and it’s easy to see why millions of people look forward to general conference every six months.

Social media can be an extremely effective and natural way to share our testimonies and enthusiasm about the Restored Church and the gospel of Jesus Christ. Elder Gary E. Stevenson has praised social media as tools that “have become very effective and efficient in sharing the gospel with family, friends, and associates.” But when it comes to participating in general conference weekend, is there such a thing as too much social media?

I have to wonder—even among our best intentions to share the gospel via social media on conference weekend, do we forfeit a chance to listen to the very prophets of God we’re telling the world about? Are we, at times, so intent on garnering more likes, more retweets, more comments on our posts that we find ourselves half-neglecting the full conference experience?

Are We Neglecting the Full Conference Experience?

I first found myself asking this question years ago when I used to work as the marketing manager for a Latter-day Saint–centered company.

During those years, it was actually my job to generate as much interest, conversation, and website traffic as possible during the short conference weekend twice a year. I worked closely with people from other church-focused companies who, as I did, all had the best intentions at heart. We were doing our best to help spread the gospel of Jesus Christ and magnify the words of living prophets.

If I’m being honest with myself, though, I almost never enjoyed conference weekend those years.

I still watched every single session of conference. I listened intently. However, I did so (in part) because of the responsibility I felt to help announce breaking news, tweet inspirational quotes, or publish relevant content on Facebook. I can’t help but feel like I missed out on my own spiritual experience because I was so intent on magnifying the gospel message.

I experienced the same internal struggle again—in a much smaller dose—this past conference when I found myself taking to Twitter to try to gather further details about one of the temples that was announced.

Maybe you’ve been there–on Twitter during conference weekend, I mean. Before I knew it, I was down a rabbit hole inside a rabbit hole dodging anti-Church tweets and completely oblivious to anything happening in the actual conference.

Contrasting my experience in anticipating general conference on my mission with these two experiences has caused me to think about how and why we use social media during conference. The question in my mind is not whether we should use social media during conference or not. The Church itself uses Facebook, Twitter, Instagram and other tools to magnify the most impactful messages given throughout the weekend.

The question, to me, becomes: is there such a thing as too much social media during conference? Is there a point at which, in our zeal to share the truth with the world, we cross the line into caring more about how many retweets or likes we get than taking in as much as possible during the weekend?

Is there a point at which, as a whole, we’re generating far too much social media content to be truly helpful to members and those learning more about the Church anyway?

What, if any, is the point of diminishing return on our use of social media throughout conference weekend?

It May Be Worth Some Self-Evaluation

1. Are the things I’m posting enhancing or detracting from the message?

It can be extremely easy to get caught up in the energy of social media during conference weekend. You might post something that gets a few dozen or a few hundred likes—which can send a dopamine shot right to your brain, triggering the need for more even more engagement. With each post, it’s important to ask yourself: are the things I’m posting enhancing or detracting from what’s being said right now from the pulpit?

Are you tweeting or posting an inspirational quote to magnify the speaker and, ultimately, the Lord? Or are you doing it to show how spiritual you are and how well you’re paying attention at conference?

2. Who is most likely to see my message during conference?

It can also be helpful to ask yourself exactly who you’re sharing your messages with during conference. Why? Because if most of your social media friends and followers are members of the Church who you expect are also watching conference during the weekend, then posting during the sessions can actually be more of a distraction than a help.

It’s a bit like leaning over to talk with the person sitting next to you during sacrament meeting.

If, on the other hand, most of your social media friends and followers are not members of the Church or are not likely to be watching conference, your messages might act as a way to draw awareness to this important event.

3. Am I mindlessly scrolling through posts during talks or actively planning my social media use?

Posting to social media of any kind during conference sessions also poses a danger of getting sucked into your phone or computer (and away from conference). Sure, you can use hashtags like #GeneralConference to filter what you’re seeing, but even then you’ll find that plenty of people against the Church tend to hijack those hashtags to spread their unfaithful stories too.

Even while researching for this article, I found myself diving into a rabbit hole that took me from one tweet to another tweet and ultimately to Reddit where I was tempted to keep reading a post from some disgruntled members of the Church.

I didn’t do it, but it would have been all too easy. And so it is with our social media consumption during conference.

Whether you’re scrolling mindlessly through social posts instead of listening to the talks or finding yourself way off track on some random website with questionable opinions, both scenarios are taking you away from what the true purpose of the weekend is.

4. Does my message reinforce what Church leaders are saying or distract from their core messages?

You know how there’s always that one person in Sunday School who shares the most random stories that kinda-sorta relate to the subject matter but really just derail the whole conversation? (If you don’t, you may want to ask your friends if you are that person.)

You definitely do not want to be that person during conference. After all, this is one of the relatively rare moments when we get to hear directly from the leaders we sustain as chosen servants of God. If you choose to post on social media during conference, at least ensure the things you’re saying are more than minimally related to what’s being discussed.

If you find you have a great story or testimony to share but don’t want to be too much of a distraction, there’s always time later. In fact, you may find more people notice your posts after conference than during conference when social media are so saturated with posts of all kinds.

Even if you’re posting something that doesn’t detract or distract as mentioned above, consider the timing of your posts.

Are you posting at times when, in reality, you and those around you should be listening instead? I would hope none of us would have found ourselves scrolling through Instagram (were it available) while Joseph Smith was giving his powerful testimony from the steps of the Nauvoo Temple.

Or posting a quippy thought to Facebook as King Benjamin poured his heart out from the top of his famous tower? You surely can’t imagine yourself sitting at the feet Jesus during the Sermon on the Mount, your head buried in your phone for minutes at a time.

There is a time and place for everything good—and that includes the use of social media.

What Does This All Mean for You?

I’ll say it one more time in case you’ve only skimmed this article so far: I don’t think social media is bad. In fact, as a full-time blogger, I recognize the incredible, unparalleled ability the internet has to magnify important messages.

I honestly believe our Heavenly Father has had a role in bringing about the internet—and probably even social media. It has so many positive a wonderful uses.

My only question is: how much is too much social media during conference?

I believe the answer to that question will be different for everyone. I can’t answer it for you, nor you for me. With help from the Spirit and some thoughtful introspection, each of us can find the perfect balance and maintain the excitement, nostalgia, and energy that accompanies each conference.

Over 15 years ago, as I was riding in that pickup truck to a stake center in downtown Santiago, Chile, I had the overwhelming feeling that I was a small part of something grand. Something far bigger than myself. This conference, when I kick my feet up on the coffee table, wrangle up my kids, and turn on the TV to sounds of the Tabernacle Choir at Temple Square, my spirit and mind will again begin to race as I’m again filled with the joy of conference.

May we all do our best to find the perfect balance for ourselves and others during this wonderfully exciting weekend.

Preston Lee is a total fanboy for conference weekend. He’s also a full-time blogger and founder of Millo where he and his team help people start freelancing, start a blog, or start a business that can support them doing something they love.