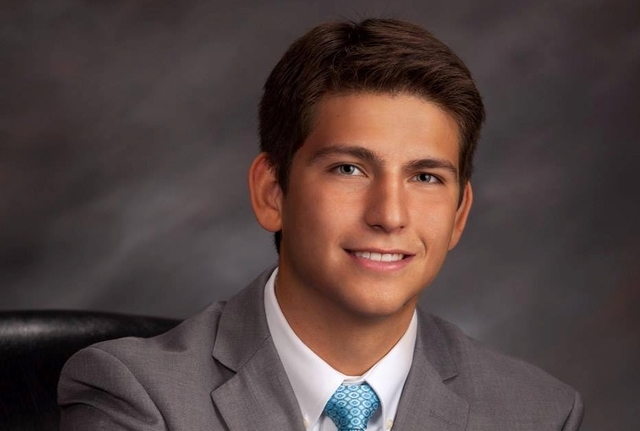 After all he had done to conquer and cope with his emotional struggles, going home was the last thing Pinkston wanted to do. “I didn’t want to come home at all,” he says. “I had worked so hard to get out into the field.” Though Pinkston prayed about it, he didn’t feel like he was getting an answer.

When Pinkston and his companion went to church each week, concerned ward members inundated him with questions. “When people would ask me how I was doing, I would just kind of answer and smile, but [inside] I was just like, ‘Please just leave me alone. I just want to be left alone. I don’t want to talk about it,’” he shares.

One particular week, an older sister in the ward was especially persistent. She reminded him that as a nurse, she knew what kinds of things he needed to be doing to take care of his wrist so it could heal. Pinkston, who at this point was tired, in pain, and afraid of going home, became frustrated. He had been to the doctor, he had been following his counsel, and he already knew everything the older sister was telling him about.

But at the end of the meeting, the older sister came up to him. “As a mom, I feel like I need to do this,” she said. She gave him a hug and a kiss on the cheek. Initially, Pinkston was taken aback, and his frustration heightened. But all that melted away as he heard a voice speak to his heart: “That was from me.”

“Again, that wave of love hit me,” Pinkston recalls. “I felt that God was satisfied with my service, that I was doing the best I could, and it was time to think about going home.” After praying to receive a confirmation and speaking again with his mission president, he boarded the plane to head back to Utah with the intent of returning to the mission field after his wrist was healed.

Though miraculously he never needed surgery, Pinkston’s recovery took much longer than they had anticipated, and life was filled with follow-up appointments and physical therapy for the next six months. And while he wanted to go back to his mission, he began to feel anxious and hesitant about whether going back was really the right thing. He had courageously faced his anxiety and depression head on by leaving home to serve the first time, but it didn’t mean that his emotional struggles had disappeared. “The first three months of my mission were really tough for me, and knowing what I had [gone] through . . . it was really tough to think about doing that to myself again,” he says.

It was during one of his weekly temple visits that Pinkston finally felt peace about what God wanted him to do. He had considered a service mission before he originally submitted his papers, but dismissed the idea because he knew that for the rest of his life, he would always wonder what he had missed out on in serving a proselytizing mission. But now, as he pondered in the temple, he realized that a service mission might actually be the answer. After counseling with his parents and his bishop, Pinkston determined that finishing out as a service missionary was the best way for him to keep his commitment to God while still getting the physical and emotional help he needed.

Working as a Service Missionary

Since January of this year, Pinkston has worked as a service missionary in the Bishop’s Central Store House in Salt Lake City. Though service missions are flexible in regards to length of service, Pinkston has chosen to serve the full year of 2018 to complete the two years he had dedicated to the Lord.

“It’s kind of like working a nine to five job without being paid,” Pinkston says with a laugh. “It really is like that.” Though he misses the spiritual high of sharing the gospel in his mission in Oregon, he knows that the Lord is pleased with the service he is giving. In addition to being home and having family support, the schedule of a service missionary allows him to have more time to himself, as well as more time to exercise, which has been really important for his mental and emotional health.

While messages from apostles and prophets are clear that missionary service is a priesthood duty, lds.org also states that if “you have concerns about . . . physical or emotional limitations, you should visit with your bishop or branch president to understand eligibility requirements for missionary service.” Pinkston shares that based on physical and emotional needs, a full-time proselytizing mission isn’t really for everyone. “Even though there’s this expectation that it should be, it’s not,” he says. “And the expectation, the only place it should come from is from God, and He knows what He’s blessed you with and what you have to work with. There shouldn’t be anyone else who should push you, because He’s the only one who knows how far to let you go.”

Pinkston’s mom testifies that countless miracles have come from his willingness to keep serving. “The miracle that I see is that Jacob didn’t give up—over and over, from when he was a teenager, to when we moved here, to when he decided to go on a mission and it was difficult for him, and then him going, and having to come home, and then for him to say ‘You know what, I told the Lord that I was going to give Him two years, and that’s what I’m going to do.’ . . . If you turn to the Lord you will be able to endure it. That to me, that’s a miracle,” she says.

In reflecting upon his journey, Pinkston shares a statement by President Henry B. Eyring from the conference talk and Mormon Message “Mountains to Climb”: “[The] curing does not come automatically through the passage of time, but it does take time. Getting older does not do it alone. It is serving God and others persistently with full heart and soul that turns testimony of truth into unbreakable spiritual strength.”

Pinkston testifies that for him, it has been his service to others that has helped him find healing and spiritual strength. “My life isn’t perfect, and I’m far from having trials that [will] be done. I know that,” he shares. “But whatever comes, I think that because of the service that I have given and the opportunities I have had, I have the strength to get through it.”

Image courtesey of the Pinkston family