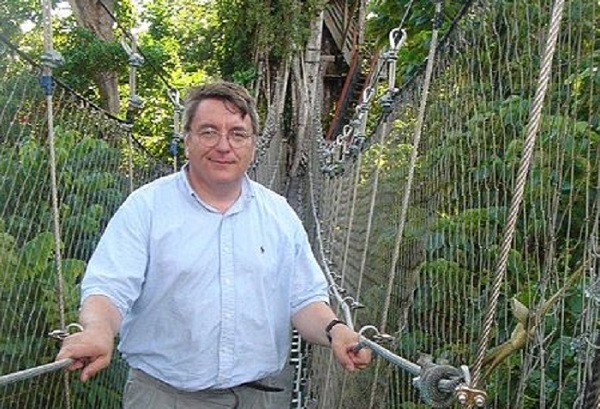 LDS, World Renowned Scientist: I See No Contradictions Between the Gospel & Science

The idea for this article came from another article appearing in Southwest: The Magazine, entitled "Flying Foxes, Caribbean Monkeys, a Tiny Laboratory in a Wyoming Cabin, and a Young Mormon Missionary Who Became a Samoan Chief Before Pursuing one of Life's Greatest Medical Mysteries," by Jay Heinrichs.

As one of the most prominent ethnobotanists in the world, Dr. Paul Alan Cox studies how indigenous people use elements of nature as medicine—not just to document facts or study history, but to make connections that will benefit modern medicine and science.

Although he grew up with a reverence and love for nature, his mission to Samoa played a pivotal part in his scientific journey. The following story of Paul Alan Cox on his mission appears in Southwest: The Magazine:

"[Paul Alan Cox] settled in Fatuvalu, a traditional village on the northern coast with fewer than 200 people. One day a high chief named Aumalosi came to visit from nearby Letui village. The chief, who didn't speak English, sat down in Paul's hut and began uttering what seemed like strange noises, breaking down the Samoan language syllable by syllable and gesturing for Paul to repeat them. The chief came back day after day, month after month, walking the four miles each way, and the syllables turned into long passages. . . .

"One afternoon when Aumalosi arrived at Paul's hut, the young American was prone on his mat, very sick. By then Paul could speak enough Samoan to apologize for being unable to do the lesson.

"'I did not come for the lesson,' Aumalosi replied. He emptied the contents of a woven coconut-leaf basket onto the mat: condensed milk, tinned peaches, gingersnap cookies, and other imported delicacies. 'Perhaps you are sick because you are not used to our food,' he said. Aumalosi had gone to the local district store and spent all his money on food the American could eat.

"'I have spent much of the last 40 years trying to pay back the contents of that coconut basket,' Paul, now 63, says."

After completing his two-year mission to Samoa, Cox found the field of ethnobotany through a suggestion by a Harvard professor, who took note of his background in botany, aptitude for foreign language, and respect for traditional healing methods. Since then, he has organized nonprofit organizations, taught at Brigham Young University, and become one of the leading scientists in ethnobotany.

Despite his generous list of accomplishments, awards, and scientific discoveries, Dr. Cox openly shares how science influences his faith. Although he avoids the contentious debate between science and faith, he shares how the reverence he feels towards nature strengthens his faith in God. The following testimony appears in Expressions of Faith: Testimonies of Latter-day Saint Scholars:

"It is now clear to me that religion and science speak to very different questions. Science has very little to offer on important 'why' questions: Why was the world created? Why are we here? Why does God love us? However, the scriptures offer little information on mechanisms that are sought in 'how' questions: How old is the earth? How were plants and animals created? What are the laws governing the origin and expansion of the visible universe? . . .

"The divinity of Jesus and the power of his atonement will never change, while it is possible that many of our scientific understandings will change as further information becomes available."

Read the original article from Southwest: The Magazine, and read his full testimony from Expressions of Faith: Testimonies of Latter-day Saint Scholars.

Makes You Think Nature Science SamoaNature,Science,Samoa,Makes You Think
Comments and feedback can be sent to feedback@ldsliving.com