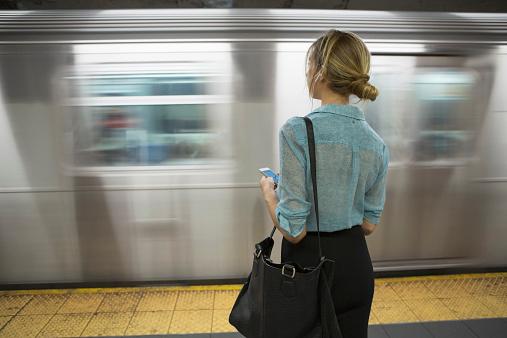 I was still in the middle of the street, heart spasming a little from the fact that a car had nearly run me over—literally. Not in a ha-ha-did-you-see-that kind of way. I had been in the middle of a crosswalk when a teenage driver turning left gunned it to race through the intersection before an oncoming car, not realizing I was also in the intersection. The worst part was, when I jumped out of the way to avoid becoming road kill, he happened to swerve in the same direction, coming even closer to maiming if not killing me.

He managed to screech to a halt as I scuttled across the street. No, nothing really happened, but it left the thought in my head, "What if it did?" Still in shock, I texted my husband, "I almost just got run over by a car." By now, he's used to my usual hyperbolizing and sarcastic exaggerating for humor's sake, so I can't fault him at all for his reply. "Nice . . . What kind of a car?"

But at the moment, it was anything but funny. I walked onto my train, not paying attention as I sat down. I could still practically hear and see my head smacking against the payment as death, permanent paralysis, and other horrible scenarios raced through my head. What's worse, it was the Friday of a long week, I was just finishing up a rather pernicious bout of depression, and my husband saw my near-death as a joke.

That's the moment an eighth grader sitting across from me interrupted my dark thought-spiral.

I had been careful to keep my face a mask, to seem tough so no one knew how shaken up I really was.

"I'm doing fine. How are you doing?" The canned answer was automatic.

He told me he was doing great, but wouldn't drop it. "Are you sure you're doing okay? I don't know, you just seem a little upset about something."

Are you serious? What kind of an eighth grader was this in-tune with other people's emotions?

That's when I broke down, telling this junior high kid all about nearly being squished flat by a car. In return, he told me about a time that terrified him. One day when he went to a historic house for a field trip—a house that was said to be haunted—he joked about what would happen if blood started pouring from the faucet of the tub his friend had just climbed into. Of course, someone tried turning the faucet, and crimson liquid poured out. Later on, he and his friends found out it was nothing more than rust from old faucets that hadn't been used in years.

So there we both were, laughing at ourselves for getting worked up over nothing really. As we kept riding, I learned more about my new friend, Landon. Landon was African American and he had albinism, so I learned about the struggles his albinism creates in his day-to-day life. He told me about the novel he was going to write, about his stressful family situation, and all about Pokemon and Magic. Though he was startlingly frank and open, he never once used his challenges to complain or generate pity. He just wanted me to understand his life and the reasons he saw it in a different way than I did.

Now, I don't think this was serendipity or the hand of God putting Landon in my path to make me feel loved. I did feel loved and remembered, and I did thank God, but I think Landon had the power to remind me of that all by himself.

Landon was the one who acted when he saw I was having a bad day. And maybe you can chalk that up to the fact that he has incredible empathy and that's just the sort of person he is. But a big part of me feels I use that as an excuse to not try harder to reach out.

Maybe I'm not as brave. Maybe I'm not as inherently selfless or thoughtful. Maybe I do come home from an incredibly stressful job. Maybe I am struggling with depression and anxiety. Maybe I do have work to get done on the train. But the best way to get over all those problems is to find happiness in following President Monson's advice: "As we arise each morning, let us determine to respond with love and kindness to whatever might come our way."

When so much of our life and work occurs online or on screens, it's easy to get disconnected from the people around us. I can't count the number of times I've stepped on the train, walking by and sitting near people who I don't even know what they look like, let alone if they are having a bad day or not.

I'm not saying we should feel pressure every day to hold long conversations with strangers or take everyone else's concerns on ourselves. But, just as so many truths are paradoxes, I've found one of the most uplifting paradoxes to be that when life and troubles seem overwhelming, we can bring happiness into our lives by reaching out and worrying about others for a change.

As President Monson taught, it doesn't take much: "Love is expressed in many recognizable ways: a smile, a wave, a kind comment, a compliment."

Thank goodness for the Landons in the world who teach us that it's okay to laugh, it's okay to be afraid, it's okay to look up and look out, and it's important to remember that each of us matter and that God remembers us.