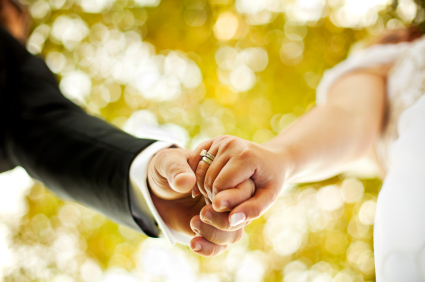 How the True Story of Valentine's Day Supports Everything Mormons Believe

". . . Marriage between a man and a woman is ordained of God and that the family is central to the Creator’s plan for the eternal destiny of His children" ("The Family: A Proclamation to the World"). We are all part of an eternal family, and we know our purpose in this life is to create families of our own, connect with our past ancestors, and continue to connect God's eternal family through sacred temple ordinances.

Did you know that's what Valentine's is really all about? It's not about romance. It's about protecting the sanctity of marriage and family, something which we need just as much in our world today as Saint Valentine needed in his time.

Whenever I think of Valentines Day, I always think of chocolate, teddy bears, and lots of roses. However, of course all these things have more to do with the commercial idea of this holiday and nothing to do with the actual history of Saint Valentine. Saint Valentine had one very specific message during his lifetime and that’s ultimately the reason we have this holiday. What is that message? Not roses, not chocolate, and not teddy bears.

Saint Valentine was a Roman priest during the reign of the emperor Claudias. Claudias was not in support of the church or any of their practices during the time of his reign. During his time as emperor, Cluadias had an edict that prohibited the marriage of young couples. This was due to his belief that unmarried soldiers fought harder than married soldiers in battle because married soldiers were afraid of what would happen to their wives and children if they died.

This obviously presented many problems in the Christian church because the priests knew that marriage between a man and a woman was sacred, and not only that, but marriage was meant to be encouraged!