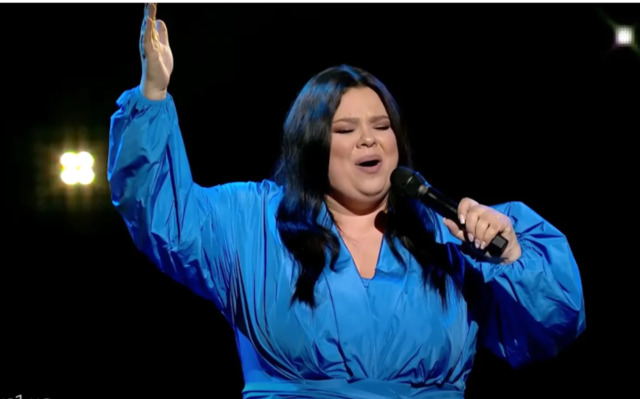 For Yulia Tymochko of Rivne, Ukraine, the decision to go on a mission did not come easily.

She told Deseret News that she had been trying to develop a singing career but reached a point where she felt stuck. Her younger sister, a returned missionary herself, encouraged Tymochko to consider a mission. Tymochko was worried that taking a break from her career would cost her the precious momentum she’d worked to build, but after some soul-searching she decided to serve.

Now, less than two years after returning from serving in the Ukraine Dnipro Mission, Tymochko is on her way to becoming a singing sensation in Ukraine: she just took second place in a Ukrainian singing competition similar to the “The Voice.”

“This experience has shown me how much my Heavenly Father cares and loves me,” wrote Tymochko, who turns 38 in June. “He has given me an experience that I never expected.”

Tymochko saw her time in the competition not only as a way to boost her musical career, but also as an opportunity to represent her faith.

“My faith and understanding of the gospel has been my rock throughout my life and this competition,” Tymochko told Deseret News. “It was important to me that people understood the spiritual side of my life as it plays a huge role in who I am, how I got here, and where I’m going.”

Read more about Tymochko’s experience on the show and what she plans to do next at Deseret News.