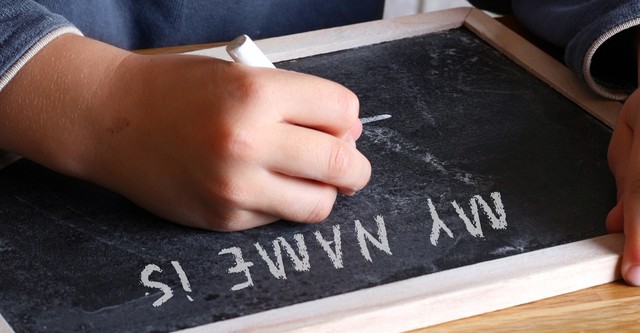 I'm Not a Mormon Anymore—and Neither Are You

There are about 16 million Mormons on the earth right now. Wait. Scratch that. There are about 16 million members of The Church of Jesus Christ of Latter-day Saints on the earth right now. Okay, that's right. One day I woke up and found out I wasn't a Mormon anymore. It's been over six months, but I still find myself slipping occasionally. I had been a Mormon for as long as it took to build the Salt Lake Temple, for the same amount of time Moses and his people wandered in the wilderness, essentially for my entire life. Forty years is a long time!

It was hard to find out I wasn't a Mormon anymore. Even though I knew it was just a nickname, those can be hard to let go. At the same time, I will be the first to admit that life is less confusing when we call people by their correct name. When I'm out in public with my daughter, I am often asked, "Did you just call your child 'Lemon'?" Yes, I am one of those people who somehow started calling my child a name that has only the thinnest connection to her true moniker. And she loves it! I also have daughters nicknamed "Bat Baby," "Otter," and "Clara Drive."

To be fair, I'm not one of those (you know I still like you if you are) who call their daughter "Sister" or their son "Brother" and hardly ever use the child's true legal name. My kids know their names. I call them by their real names most of the time and all of our friends and family know the names on their birth certificates. But, I can't say the same for strangers. I'm certain that many people out there think I named my kid after a fruit. It's not unheard of, after all. Gwyneth Paltrow named her daughter Apple, so maybe I was just trying to be trendy.

The truth is that the nickname "Lemon" is connected to my daughter's name, but you would never know how unless I explained that lemon-lime rhymes with Emmeline and we dropped the lime. It's cute and it fits her adorable personality, but it doesn't instantly tell you whose name she bears. My daughter is named after Emmeline B. Wells, the fifth general president of the Relief Society. Emmeline B. Wells was an amazing woman. She began her final calling at an age most women don't live to see—82 years old—and served until she was 93, released just a few months before she passed away. To date, there has never been an older general Relief Society president. During her younger years, Emmeline was a newspaper editor, a women's rights activist, and a mother of five girls. She was a teacher, a writer, and an important voice for her fellow sisters in the gospel for nearly 40 years.

I named my youngest child after Emmeline B. Wells because I hope my Emmeline will emulate her namesake. Even though I call my daughter by all sorts of nicknames, including "Lemon," "Midgie," and "Little Shark," I mostly call her Emmeline. And I want other people to know that, especially strangers.

If I'm being honest with myself, I know the impact of a name. I don't think it's a coincidence that people tend to gravitate towards professions that reflect their names. The world's fastest sprinter is named Usain Bolt. More people named Dennis or Denise become dentists than people with other names. It's called nominative determinism, the theory that the power of a name or a label is so strong that it can mold the future of a child. So, I get it. I get why I'm not a "Mormon" anymore. It turns out I never really was a "Mormon," and you weren't either.

Shortly after the name correction announcement was made, I had the chance to try out a new reply to the question, "Are you Mormon?" I took a nurse by surprise when I answered, "No. He's dead. Would you like to read his book?" She said no. But, she does know the true name of our church now. She knows that I belong to The Church of Jesus Christ of Latter-day Saints, that I am a disciple of Christ, and that I believe in Him and follow His teachings. I think that's pretty important, and even though it feels uncomfortable to let go of our comfortable nicknames, like packing up your baby blanket, it's time to be known by our true name. We are not "Mormons." We've outgrown that nickname, and our prophet has asked us to use our real name. There are about 16 million members of The Church of Jesus Christ of Latter-day Saints on the earth right now. We believe in Christ. We follow Him. We take His name upon us, and we should make sure that everyone knows that. 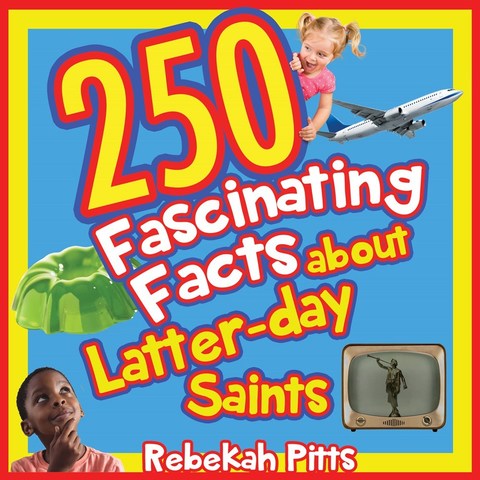 Read more from Rebekah Pitts in her book 250 Fascinating Facts about Latter-day Saints available at Deseret Book stores and on deseretbook.com.