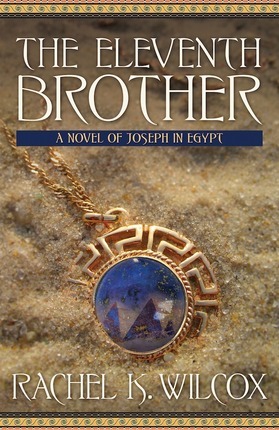 Kirby Heyborne, an actor best known among LDS audiences for starring in The R.M., Saints and Soldiers, and The Best Two Years, has also been achieving prominence in another performance field—audiobook narration.

Heyborne, who has narrated over 300 titles (including Gillian Flynn’s Gone Girl, Stephen King’s The Long Walk, and many works by fellow Latter-day Saint Orson Scott Card), was recently honored with Booklist’s 2015 Voice of Choice award. “This is a huge honor,” said Heyborne. “I love my job and am amazed that I get to keep doing it.”

Though Heyborne’s acting career has been most widely recognized in LDS cinema, he is currently one of the world’s foremost audiobook narrators. Prior to winning the Voice of Choice, Heyborne was honored with the 2012 and 2014 Odyssey Award, annually bestowed upon the year’s top YA novel narration.

Narrating an audiobook might sound as simple as sitting down to read it, but there’s a lot more involved. “Once I receive the manuscript, I spend a few days reading and taking notes on characters and tone,” Heyborne told USA Today. “Then I go into the studio and dive into the author’s world. The days are long and physically and emotionally exhausting.”

That being said, Heyborne is ecstatic discussing his line of work. “You know how when you’re reading a great book, you want to throw everything aside and just spend eight hours reading it?” he asked AudioFile Magazine. “I get paid to do that!”

Check out some of the narration Heyborne has done for Deseret Book!

When Joseph, the eleventh son of Jacob, is sold into bondage by his brothers, Egypt is a land in turmoil—its fortune determined by the unpredictable rains that either bring prosperity or leave the people in famine and starvation. But Joseph is no common slave. Imprisoned and forgotten by all but God, he interprets a dream that reveals the future and alters his destiny . . .

Will Lewis is stuck. the class system in England in the 1840s seems destined to keep him in his place as a poor tenant farmer who cannot improve his lot and will never be able to marry the woman he loves. But the "new religion" that is sweeping through congregations of the United Brethren, Will's church, may hold the key to the better life he longs for . . .

Check out the second and third books in the series as well!

Imagine a school in the year 2074 where students don't read history, but watch it happen around them; where running in gym class isn't around a track, but up a virtual mountain; and where learning about animals means becoming one through an avatar. Welcome to Cragbridge Hall . . .

Check out the second and third books in the series as well!